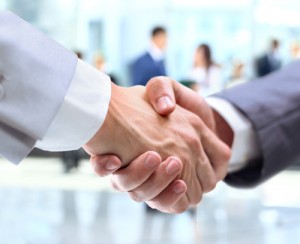 With an addiction of any kind, there is a fundamental abandonment of the person’s control of his or her own self.  The native ability of the person to decide to do something or not, to take more drugs or drink more alcohol or not, and whether or not to do it over and over again despite its ravages, is subjugated by the drugs or alcohol itself.  The person himself may truly desire to quit, to be free from the enslavement of substance abuse, but the nature of addiction and the substances themselves leave the person feeling that another hit of the drug or another drink of alcohol is as essential as life itself.

One prevailing rehabilitation philosophy is that addiction is a chronic relapsing disease, implying there is no cure, and which may leave an addict with the idea that he or she may never really recover from substance abuse.  In addition to it imparting a rather disheartening view of life, it can leave the addict with the idea that relapse is inevitable.  Unfortunately, it opens the door to drug substitution, and a using of drugs like is done such when treating a known and codified disease such as cancer, or diabetes.

Different to that is the alternative rehabilitation philosophy of Narconon Arrowhead, that lasting recovery is possible, and it can be done without drug substitution.  Additionally, that when the causes and damages of addiction are fully and correctly addressed, relapse is not then necessary.

There are actual and factual reasons why an addict can’t stop using drugs.  On a physical level, the cravings which drive an addict to use again and again and play a significant part in the brutal withdrawal symptoms that most addicts fear, stem from drug residues which remain in the body.

This is not a scientific treatise, so a basic reason as to why an addict can’t stop is  presented here in laymen’s terms which can be understood by most anyone.  Here we go.

Most drugs are what you call fat-soluble substances.  In other words, they mix with fat. For example, the THC in marijuana is a very fat-soluble substance, as is LSD, Heroin and many, many other drugs.  When the person ingests the drug, no matter how it is taken, whether smoked, injected or swallowed in a pill form, it always ends-up in the person’s blood stream.

The fatty tissue immediately next to the blood vessels carrying the blood draw minute particles of the drug from the bloodstream,  which then lodge in the fatty tissue of the body, accumulating with each drug use.  Additionally, when the drugs are circulating through the body via the bloodstream, the individual experiences an ongoing destruction of the nutrients, detrimental to the person’s overall health and exacerbating the need for more drugs or more alcohol.

But this cause of perpetuating addiction can be remedied with the Narconon New-Life Detoxification Program, a component of the Narconon Arrowhead drug rehabilitation treatment program.  One graduate of the program says it very well:

For two years I could not stop getting high…

I came to Narconon on the 14th of January 2003. At that time I had been shooting heroin for two years. I never thought there was going to be a day that went by that I didn’t think about getting high. My family thought that they could not help me either. Narconon has changed that completely.

I did not know that drugs stayed stored in the fatty tissue for three to five years after a person quits using drugs. I also did not know that was the reason that I could not stay clean. Narconon not only gave me the information on drugs that I needed but they also put me through the sauna program to remove the residues once and for all. I no longer have physical cravings for drugs!

I am a new person and I care about myself. My family, friends and I now see a future for myself that I did not think that I had. I have total control for everything and I can do anything I want.

If there is someone out there with an addiction I just want to say that you can do something about it and that people can be helped. I am an example of it.

For more information about the New-Life Detoxification Program or Narconon Arrowhead call us now at 800-468-6933 or see our main site at https://narcononcenter.com/.