What Does Drug Abuse Cost The United States 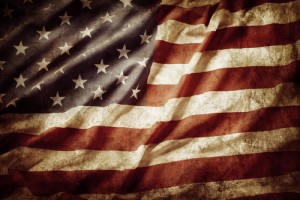 The Cost of Drug Abuse

According to the National Institute on Drug Abuse, drug abuse costs the United States economy somewhere in the region of $559 billion each year.  This breaks down to approximately $193 billion each year for tobacco use, $185 billion each year for alcohol use, and $181 billion each year for illicit drug use.  The specific factors that contribute to this alarming total include increased healthcare costs to accommodate individuals suffering from addiction, loss of work productivity due to substance abuse, the cost of drug-related crime, including prison facilities and services and the cost of police and emergency services in response to drug-related situations.  But while the financial burden of drug abuse on the American economy is definitely nothing to scoff at, there are other costs that can be even more draining on individual Americans’ lives.

Drug use may begin by being voluntary, the individual seeking to numb an unwanted physical, emotional or mental sensation or experience a temporary and desirable sensation.  The body’s eventual tolerance of and dependence on drugs can turn drug use into a compulsive act that the individual continues despite adverse consequences, including physical and mental health risks and the destruction of family relationships, health and happiness.  It is here that substance abuse can often cost the most.

The mental and physical health risks of substance abuse can vary widely depending on the type of drug used and the amount of drug used.  Some of the effects of drug abuse include anxiety, irritability, mood and behavior changes, panic attacks, hostility, paranoia, psychosis, violent behavior, major organ damage and failure, seizures, coma and death.  Even withdrawing from drugs can come with a variety of health risks, including intense cravings, irritability, anxiety, depression, fatigue, vomiting, seizures, depression, suicidal ideation and more.  Not only can these health effects be difficult for the substance abuser himself, they can also adversely affect family members who are watching a loved one suffer through them.

While drug use can cost an individual his physical and mental health, it can also cost him his relationship with his family.  To put it plainly, drug abuse can quite literally destroy families.  Because the substance abuser is often willing to do anything in order to achieve their next high, they are not above stealing from, lying to, neglecting or deceiving their family members.  They often ignore all of their responsibilities in the home, choosing to seclude themselves from the family activities.  They can drive their family members away, refusing to discuss their drug use out of fear, shame, guilt or embarrassment.  Ironically, even though it is the substance abuser himself who is actively creating the rift between self and family members, he often believes that he is alone in his addiction, that no one understands or cares for him, and that he has nowhere to turn.  Some of the family members of the substance abuser suffer emotional and even physical side effects as a result of their loved one’s addiction, and can affect their own ability to be productive at work and happy and healthy at home and in life.

When really investigated thoroughly, it is clear that drug abuse costs much more than drugs have ever done to “help” individuals.  People who have worked hard and built strong, healthy lives and who have a successful career, a happy marriage and close family relationships can often lose them all to drug addiction.  It is here that one may venture to say that drug abuse costs the United States the most – in destroying the lives and relationships of individuals and their families.