Treatment through Courts for Pill Addicted Vets Proves to Be Successful 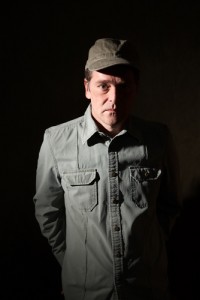 Our nation’s veterans deserve respect for the work they have done to keep our country safe. They go overseas and risk their lives to fight for what they believe in, and they hope that the homes they return to will be a comfort after the horror and degradation of war.

While services exist to help returning veterans, they have often failed to treat the symptoms of depression and anxiety that these soldiers come back with. When they ask for help, they are often labeled with bizarre psychiatric diagnoses that do nothing to help them recover. Even worse, the powerful medications they are provided often drive them into addiction.

When veterans become addicted to psychotropic medications or to opioid painkillers (as has happened with tens of thousands), they then often have to turn to crime to feed their growing addictions. These pills are expensive to buy on the street, and a vet can quickly lose himself in the squalor of keeping up with a habit.

These veterans get arrested eventually, and in the past our justice system has not been kind to them. Prison time has been the usual approach for handling these vets and the crimes they have committed, but it does little to handle the addiction that was often the cause of it all.

Some courts are trying a new approach to actually help these vets recover. Called Treatment Courts, they are a system to give addicts an alternative to prison time. The accused has a choice: either he goes to jail, or he agrees to start getting drug rehab treatment right away. Many veterans that are faced with losing their freedom are much more willing to go into treatment than to spend time in prison.

The program is free to the vets that choose to undergo it, but it isn’t a “handout” that costs taxpayer money. In fact, the treatment that these vets undergo actually ends up saving taxpayers the money that would have been spent on imprisonment. After all, jails are a very expensive way of handling crime, and they actually do almost nothing to prevent more crimes from being committed in the future.

The fact that courts  are now working to help vets get treatment instead of prison time is a welcome development that may save thousands from dropping further into the downward spiral of drug use and criminality. Research has shown that the programs work, too. Vets and others charged with drug crimes that go through the program have much lower arrest rates than those with similar charges that go to prison.

Changing Our Viewpoint on Drug Crimes

These successful treatment court programs are just one example of the broader issue of what our society should do with people that are charged with drug crimes. Someone that commits a violent crime while using drugs should, obviously, spend time in jail. But the addicts that commit non-violent crimes in order to feed their habits are not being changed by being put in jail.

Our society needs to recognize that residential drug rehab programs are the only effective way to get addicts permanently off drugs. Even if those addicts have committed crimes, we all have a vested interest in helping them get effective treatment. If they don’t, they will simply be back out on the street soon, possibly committing even worse crimes in order to get more drugs. In order to have a safe society, let’s all commit ourselves to the ideal of helping addicts get clean, instead of getting jail time.