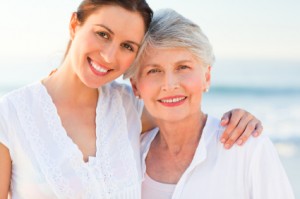 Modern American society nearly always prefers the faster and easier approach to anything. Instant oatmeal, 30-minute oil changes and 10-day diets are only a few examples of the many ways that our culture is geared towards getting things done as fast as possible. Given the option, most people will choose the path of least resistance and the shortest way through towards an objective. While there is certainly something to be said for getting things done quickly, the fastest solution is not always the right one. In many cases, the quick solution does not fully get the job done, with the result that one has to do it over again. When your opportunity to quit drugs or alcohol and to live a future free from addiction is at stake, it is entirely worth it to take the time to do it right and to get the best possible results.

A large percentage of rehab centers offer programs which run for 28 or 30 days, and many people choose to enroll in such programs with the hopes of quitting as quickly as possible and being able to get back to work with a minimum of disruption in their day to day lives. Long-term rehab, in comparison, may extend to 60 or 90 days or even longer. Considering how long it has taken you to reach the point you have in your addiction, however, it is not unreasonable to expect that it could take you longer than four weeks to fully detoxify and get your life back on track. To help you better understand why long-term rehab is often more effective than the alternative, here are three reasons:

More Time to Clean Out Your Body

The drugs which you have used to get high in the past have most likely left chemical residues which continue to contaminate your body. These residues are largely responsible for the cravings which recovering addicts often experience for weeks, months or even years after they have quit, and which commonly lead to relapse. Successful drug rehab depends on more than the initial detoxification. Detoxification merely gets you over the hump of the withdrawal symptoms which you experience shortly after quitting. While detox is a major step in its own right, it does not fully cleanse the body of the accumulated toxic residues. A long-term rehab program offers more opportunity to achieve this goal.

Address the Issues Which Led to Your Addiction

Drug addiction and alcoholism have two components: physical and emotional. Detoxification and physiological cleansing address only the first component. If a recovering addict is to be truly successful in quitting and staying clean and sober into the future, he or she must address the second component as well. This means taking steps to understand and resolve the issues which led him or her into becoming addicted, as well as learning new skills to stand up to the stress and pressures of everyday living. After months or years of living as an addict, the person has probably reached a point where he or she has strong emotional associations between drugs and pleasure, and may not even remember how rich and fulfilling life can be while sober. Short-term rehab often offers no more than a superficial address to these problems, and the program graduate frequently steps back into the world still unprepared to handle the problems which led him or her into being addicted.

Do It Right the First Time

Long-term rehab programs are widely recognized as being more effective in the long run. For example, Narconon recently celebrated its 40th anniversary with an event at which the program director presented a compilation of numerous different studies that have validated the effectiveness of Narconon.

Among the highlights was a 2001 study from Baja California in Mexico. Of the 1,700 inmates of the Ensenada State Prison who participated in the Narconon program, only 10 percent were back in jail after being released. A 2005 study of a group of 100 high-rate criminally offending juveniles who were subject to the Utah Fourth District Juvenile Court found that 63.5 percent of those who completed the Narconon program were crime-free two years later, as compared with only 30.1 percent of those who did not do the program. A 2009 survey of Narconon program graduates found that 77.5 percent were still drug free after a full year. Narconon and other long-term rehab programs may not be as quick or convenient in the short term, but one thing that they offer that others do not is results.