The Historical Background of Drug Abuse 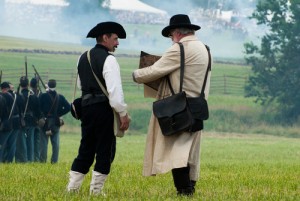 Is drug abuse a new phenomena? Do only modern teenagers try to sneak drinks of alcohol or smoke weed with their friends? Is this something that only happens in our modern age, or has there always been such a thing as drug abuse. These are important questions. If drug use is a modern development, we can look back and try to spot what change was made in our society that brought us to the point where so many people are using drugs. If drug use is an ancient phenomena, then we probably need to look back much further to figure out why anyone uses drugs today.

It’s extremely important to understand the historical background of drug use and drug abuse so that we can plan out our modern strategies to fight it.

Drug use actually has very ancient roots. There are several well-known drugs that come from plants that are grown around the world. Some examples are the opium poppy and the marijuana plant. Ancient cultures found (probably through accident) that these plants had interesting effects on human beings when they were eaten or when the burning smoke of the plants was inhaled.

To an ancient human in prehistoric times, this was probably a baffling experience. Early humans had no way to understand what they were going through when their brain chemistry was affected and they started having all the symptoms of drug use that we know so well today. To these early humans, the best explanation was probably that a god was giving them visions or that they were having a profoundly spiritual experience.

This led to many early cultures introducing drug use to religious ceremonies. Some Native American groups smoked a type of tobacco as part of their religious ceremonies, for example. This practice is often portrayed in westerns as Indians passing the “peace pipe” around a campfire.

It wasn’t just Native Americans that smoked tobacco or harder drugs, however. This practice was actually found all over the ancient world wherever these drug plants were found.

As ancient superstitions eventually gave way to scientific understanding, doctors began to find that plants such as the opium poppy could be used for medical purposes. One of the effects of the milky sap of the poppy is that it can make bodily pain go away and put the user into a relaxed, dreamy state. Doctors decided that plants such as this should be purified into drugs and used on medical patients.

This was actually a very good idea. Early attempts at medical surgery could be excruciatingly painful. Any time a limb was injured in the “old days”, there wasn’t much to do if it got infected except to cut it off. There was usually no way to dull the pain, and patients could actually die just from the shock to their systems of enduring so much pain. Having these early painkillers meant that patients could endure enough pain for the surgery to get its desired result.

Drugs Used for Having Fun

Not all patients wanted to just use these drugs for medical purposes. Over time, more and more people realized that the various medical effects of drugs could also be used just for the “good times” that they created. Drug use for “fun” exploded in the 60s and 70s in the United States and across the world, and we have never really come back from the insanity of this period, seeing how prevalent drugs still are today. If we want to have a safe country for our children, though, we need to change attitudes and help all Americans realize that drug use is dangerous or even deadly.