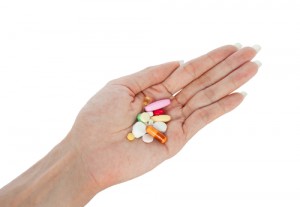 Drug addiction doesn’t affect only one class of people. It’s not just the poor that get addicted to drugs, or just criminals that have already committed other crimes. The truth is that anyone can get addicted to drugs. Addiction is a complex condition that combines a biological and chemical process with a mental need to use drugs to handle some problem in life. Everyone has problems sometimes, and all of our bodies react the same when you give them a powerfully addictive substance.

So, you might think that certain cultures or certain groups couldn’t get addicted to drugs, but you’d be wrong. Nowhere is this currently more pronounced than in Iran. This Middle Eastern country has long tried to ignore the painful fact that women across the country were getting addicted to drugs. Now Iran is beginning to realize that pretending it wasn’t happening has done nothing to lower drug abuse rates.

Much of the world’s heroin and other illegal opioid drugs come from poppy fields in Afghanistan. The raw ingredients that produce heroin are shipped through Iran on their way to the world’s markets. It’s no wonder that a lot of the product ends up staying in Iran and can be easily purchased almost anywhere in the country.

In addition to heroin, Iran also has a major problem growing with meth production. Just like in the United States, local drug producers are realizing that meth can be easy to produce but is also extremely profitable. Iran’s government has blamed outside governments and even “western plots” for the presence of drug abuse in the country, but the painful truth is that addiction is an all-too-common social ill that can happen anywhere.

When your government oppresses its people to the degree that Iran does, it can be hard for this truth to reach all the people. Many of Iran’s citizens are left with the backwards ideas that they should be ashamed of drug addiction. When a woman gets addicted to drugs, many Iranian men just want to pretend it isn’t happening. When they do admit the problem of women getting addicted, some men have gone so far as to say these female drug users deserve death.

Addiction isn’t going anywhere for Iran’s women, despite the threats that dangerously ignorant men throw around. They aren’t alone in their need for real, effective rehab, either.

Women throughout the United States are dealing with drug addiction, too. Millions of America’s citizens are drug addicts, and many of those that are addicted are women. Just like in Iran, pretending that there isn’t a problem will cause addiction to just get worse.

One of the reasons that many women don’t want to come forward and get help with their drug problems is that they are afraid that they might lose custody of their children. The US court system has often taken away children when parents were determined to not be fit to care for them (and this was often due to drug use.)

If we want to truly help women get off drugs in this country (and around the world), we have to acknowledge that putting women in jail or threatening their lives is going to do nothing but cause drug abuse to get even worse. Women around the world need access to drug rehab centers where they can take the time to detoxify their bodies and handle the problems in their lives that led them to using drugs in the first place. When we treat all drug addicts with compassion, we’ll start to see the drug abuse tide turn around.