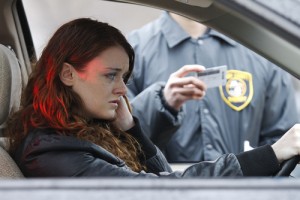 Americans on the road no longer have drunken drivers as their only safety concern.  The National Highway Traffic Safety Administration (NHTSA) reports that based on two new studies, the past decade shows a decrease in drunken driving.  At the same time, there has been an increase in incidents of driving while under the influence of pot, or prescription drugs. END_OF_DOCUMENT_TOKEN_TO_BE_REPLACED

On April 30, more than 4,700 sites nationwide came together in an effort that seeks to prevent pill abuse and theft.  According to the U.S. Department of Justice, this effort has increased by hundreds of sites, showing a growing effort by the American people to end this prescription epidemic. Government, community, public health and law enforcement partners at these sites worked together to collect expired, unused, and unwanted prescription drugs that are potentially dangerous if left in the family’s medicine cabinet.

“The overwhelming public response to DEA’s first nationwide Take-Back event last fall not only rid homes of potentially harmful prescription drugs, but was an unprecedented opportunity to educate everyone about the growing prescription drug abuse problem,” said DEA Administrator Michele Leonhart.  “Studies have shown that, for many, prescription drugs are the very first drugs they abuse—and all too often they aren’t the last.  That is why we are committed to helping Americans keep their homes safe by ridding their medicine cabinets of expired, unused, and unwanted drugs.”

This effort follows a plan released by the Obama Administration to crack down on the number of painkiller deaths. Anti-drug and health officials released a new strategy that calls for states to create and use databases which track prescription drugs.  The plan also asks for an additional $123 million for drug prevention and an additional $99 million for treatment programs in the 2012 fiscal year.

The plan will also force states to put in place and use a drug monitoring program.  A drug monitoring program is a statewide electronic database which collects designated data on substances dispensed in the state. The monitoring is controlled by a specified statewide administration or agency. The agency distributes data from the database to individuals who are authorized under state law to receive the information for purposes of their profession.

“I encourage every American to take advantage of this valuable opportunity to safely dispose of unused, un-needed, or expired prescription drugs,” said Gil Kerlikowkse, Director of National Drug Control Policy.  “Preventing these readily available and potentially deadly drugs from being diverted and misused is something each and every one of us can do to help reduce the epidemic of prescription drug abuse that is harming so many Americans.”

There are many rehabilitation centers also participating in the event including Narconon drug treatment programs. The facilities are teaming up with law enforcement to ensure that drug prevention presentations are delivered and information is handed out about the dangers of prescriptions.
For more information call 800-468-6933.