Why It’s Important to Build Relationships During Rehab 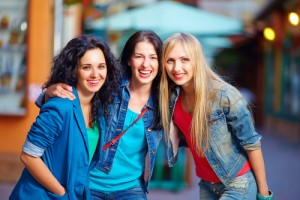 By the time those who are abusing drugs or alcohol arrive in rehab, most if not all of them have managed to alienate their family and friends, other people they have come in contact with, and have totally lost their life as they lived it before drugs and alcohol.  In coming to rehab, they are seeking to begin a new life without drugs.  A major part of that new life will be new relationships with others who are also drug-free.

A relationship is the way in which two or more people or groups behave toward, and are involved with each other.  Life is lived by many people, and relationships are one of the most vital and important parts of living.  Relationships span a spectrum of closeness and intimacy, from those lasting a lifetime at one end of the spectrum, to those brief encounters with another person, which become a part of your life experience.  Across that spectrum from lifelong closeness at one end, to the brief interactions at the other end, lie the myriad of degrees of involvement, which are the make-up of life.  It is through our relationships with friends and family, our co-workers, our teammates, our groups, our nation and our world, that we define our lives.

And it is relationships, which are the substance of our in-life experience and memories. END_OF_DOCUMENT_TOKEN_TO_BE_REPLACED

Whatever the case, this will be able to provide you with some useful information.
According to the White House Drug Policy, there are three classes of prescription drugs that are most commonly abused:

These three types of medications are frequently prescribed and dispensed. All three can be addictive and have presented many problems for the user.

Narconon drug rehab centers have reported seeing a significant increase in the abuse of painkillers. According to the facility, the most common painkillers that are being abused currently are Oxy Contin, Hydrocodone and Oxycodone.

Depressants, or downers, are given out to treat a variety of health problems including anxiety and panic attacks, tension, severe stress reactions, and sleep disorders. Also referred to as sedatives and tranquilizers, depressants can slow normal brain function. Health risks related to depressant abuse include respiratory depression, loss of coordination, dizziness due to lowered blood pressure, slurred speech, poor concentration, feelings of confusion, and in extreme cases, coma and even possible death.

Some of the most commonly abused depressants include Valium or Xanax.

Stimulants, or speed, are most often prescribed for Attention Deficit Hyperactivity Disorder (ADHD), but they are also used to treat a variety of conditions such as asthma, respiratory problems, obesity, and sleep disorders such as narcolepsy. When taken in higher doses, these drugs can produce euphoric effects and counteract sluggish feelings. Health risks related to stimulant abuse include increased heart and respiratory rates, excessive sweating, vomiting, tremors, anxiety, hostility and aggression, and in severe abuse, suicidal/homicidal tendencies, convulsions, and cardiovascular collapse.

Some commonly abuse stimulants are drugs like Ritalin or Adderall.

It’s easy to see how these drugs can be abused and become addictive for the user. There are definitely situations that call for prescription drug use. However, today this has become a widely overused and abused problem.

Unfortunately to monitor each and every use of prescriptions would cost taxpayers vast amounts of money and is not a reasonable response to this growing problem. The only logical solution is educating and making the public aware of the dangers that could arise and rehabilitating those already addicted to prescriptions.

“I went into a doctor’s office in South Florida to have him check on some back pain I was having,” explains Heather. “Without even looking at my MRI or X-Rays, he was filling out a prescription to Oxy Contin.”

According to an analysis of the U.S. Drug Enforcement Agency’s data, 98 of the top 100 doctors dispensing Oxy Contin nationally are in Florida. In addition approximately 126 million pills of Oxy Contin are dispensed through Florida pharmacies.  These numbers are staggering, considering that Oxy Contin is a prescription drug that is comparable only to heroin or morphine.

“I got on methadone to get off OxyContin which was a huge mistake,” explains Heather, a former methadone addict and recent graduate of the Narconon program. “I stopped taking heroin but developed a dependency towards the methadone.  For me, methadone was even more addictive than the Oxy Contin. ”

“I was on methadone for 9 years and it totally destroyed my body,” said Heather. “As a result to the prolonged us of methadone, I developed an under-active thyroid, requiring me to take medication for the rest of my life.  I also developed a severe calcium and magnesium deficiency from the methadone, causing me to have body cramps almost a year and a half later. The withdrawals from methadone are far worse than Oxy Contin.”
Stories like this are far more common than one might believe.  An individual goes into a doctor’s office looking for some help with a injury, such as a back pain, and leave with a prescription to powerful drugs such as Oxy Contin.  They then become addicted to the euphoric feeling produced by the prescription drug.  In many cases, the individual becomes “strung out” on the drug and many even overdose or die.

This did not occur Heather’s case. Luckily, she found relief from her addiction through a rehabilitation program called Narconon.
“Narconon Arrowhead offered immediate help with my addiction and truly cared about my well-being,” said Heather.” They handled the full extent of my addiction; the physical and mental issues surrounding my drug problem and did this using a method that was totally drug free.”

Narconon, an inpatient treatment program, offers a drug-free approach to rehabilitation. The facility specializes in handing prescription addiction as well as addiction to all drugs and alcohol and achieves a more than 70% success rate for permanent sobriety from addiction.

“I wish I would have tried Narconon before using methadone for my Oxy Contin addiction,” says Heather, “Thanks to Narconon, I am no longer dependent on drugs or medication. I have found permanent sobriety.”

For more information on prescription addiction or to help a loved one, contact Narconon today at 800-468-6933.

Drying Out From Prescription Addiction

One method of handling prescription addiction is to withdrawal or “dry out” from the drugs.  For many this is in the state of a medical detox where they wind down with substitute drugs or just stop “cold turkey” and experience withdrawal symptoms for several days.

The drying out process is short but the most difficult step is what happens after this. Left unhandled, the person will crave drugs and those cravings are a catalyst to relapse.

When a person consumes the drug, the body recognizes it as a poison and fights to get rid of it. The unfortunate matter is that the body cannot get rid of the entire drug without a more comprehensive detox. Tiny drug residuals are left behind and bond to the fatty tissues of your body.  One can really only achieve complete drug withdrawal through a detox program that will get rid of all drug residuals that are left behind once the drug has been consumed. This will enable a person to no longer experience physical drug cravings.

This is done by sweating out the residues in a dry heat sauna. This program would also use a very strict vitamin regimen, plenty of water and a healthy diet. A doctor’s approval would be needed to enroll in the detox to begin with.

Once this is complete the individual will need to address the mental and emotional aspects of their addiction. Without handling these issues a person can experience ‘emotional triggers’ on a daily basis. These triggers will take over a person’s mind and basically coax a person into using the drug. It will be very tough for a person to continue to stay drug free unless they handle these triggers.

Handling the mental aspect of the problem is learning how to deal with daily life problems once again without turning to prescriptions. With these types of drugs it can be very easy to relapse because they are very available for users. But the idea is to receive treatment by doing the above so one is not left without skills to solve the problem of addiction.

For more information on detox or prescription addiction or for help, call Narconon today at 800-468-6933.