In the past few years it seems as though the train heading toward complete legalization of marijuana use in this country was full steam ahead. But in recent months that train has started to lose some of that steam with reports that have given even some of the most diehard liberals pause when it comes to the broad legalization of marijuana. According to Colorado’s governor, John Hickenlooper, the legalization of marijuana was a “reckless” move on the part if its voters. The governor’s frustration clearly comes after news of the very dangerous consequences of the drug’s deregulation—traffic fatalities involving motorists testing positive for pot have increased a full 100 percent since the change in legislation. This despite the fact that Colorado’s traffic fatalities overall have actually gone down since 2007. END_OF_DOCUMENT_TOKEN_TO_BE_REPLACED 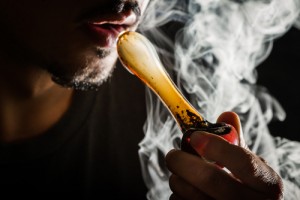 Artists have long fallen prey to the idea that their creativity and artistic abilities can be enhanced through psychoactive (affecting the mind) substances such as drugs and alcohol.  Hollywood rolls-out a long END_OF_DOCUMENT_TOKEN_TO_BE_REPLACED