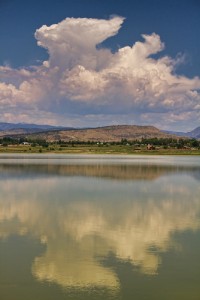 McIntosh County is rather centrally located in the state of Oklahoma, with the town of Eufaula serving as its county seat.  It has a land area of approximately 618 square miles, and nearly 94 square miles of water.  Its population is just over 20,000 people, and the county growth-rate remains lower than the Oklahoma state average.  It has a rich history, being created in 1907 at the time of statehood from land which was primarily a part of the Creek Indian Nation, and its eastern-most areas a part of the extreme southwestern lands of the Cherokee Nation.  The towns and cities of McIntosh County include Eufaula, Checotah, Hanna, Duchess Landing, Rentiesville, Hitchita, Texanna, Stidham and Shady Grove. END_OF_DOCUMENT_TOKEN_TO_BE_REPLACED