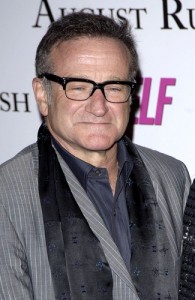 The passing of Robin Williams from an apparent suicide has thrown much of the country into confusion and grief. Many adults today spent the last several days enjoying Mr. Williams’ comedy and movie roles, and the idea that he could take his own life is hard to comprehend. If someone as seemingly full of life and joy could take his own life, what does that hold in store for the rest of us?

While the world has started looking for answers to this tragedy, much of the conversation has turned to the fact that Mr. Williams was said to suffer from depression. Many observers have talked about depression as if it were an illness that you could catch, and others have compared it to an incurable disease.

During these troubling times, it is vital that we don’t further spread ignorance about depression by calling it a disease. This could lead young people to thinking that the way they feel about themselves is something that isn’t in their own control. The truth is that everyone can be in control of their own lives if they work at it, and this viewpoint is vital to living a happy, healthy and fulfilling life.

If we’re looking for an answer as to why a great artist like Mr. Williams would take his own life, there is a much more likely target with which to begin the search.

Research Shows Connection Between Drug use and Suicide

In many situations where someone has committed a violent act or committed suicide, the public is quick to talk about how the subject may have needed psychiatric help. This is a carefully conditioned response that has been trained into the public. They have been led by the media and popular culture to think that psychiatric help and drug use are actions that come after someone commits a violent act. This is rarely the case.

In the majority of cases of suicide or violent acts, the subject was already under the care of a psychiatrist and was already using psychotropic drugs. Research has shown that suicidal tendencies are a side effect of these drugs. Other studies have shown that run-of-the-mill alcoholism and drug addiction can also lead to suicide.

If this turns out to be the case, it will be yet another tragic example of the psychiatric industry leaving human misery and deaths in their wake. No one has to die from the abuses of psychiatrists, but as long as we keep on looking to powerful drugs as the answer to depression (instead of the actual cause), we may continue to lose lives unnecessarily.

Getting Real Help for Addiction

The answer for addiction and alcoholism are not to give the addict more drugs. This is a failed experimental program that has never shown any improvement in the lives of the people that it is supposed to help. If you know someone that is addicted to drugs and truly want to help that person get better, do your research and look for a rehabilitation program that is all-natural and drug-free. It is only by getting the addict completely off of drugs that he will ever be able to stay sober and healthy.