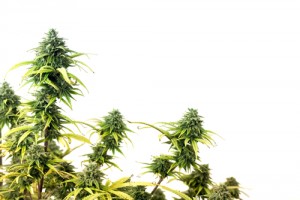 A new Swiss study reveals that parental divorce is a primary statistical indicator of which children will end-up using marijuana, thereby putting themselves in the vulnerable position to experience the associated perils of drug use and abuse.

A recent CBS Los Angeles investigative report revealed that access to medical marijuana isn’t just made to adults legally granted its use for medical conditions.

On the contrary, the investigation brought to light the fact that medical marijuana was being sold in the light of day to school-age kids.  Hidden cameras captured incidents of kids handing-over cash to adults, and receiving pill jars or small bags in return.  The street-side transactions were taking place just outside a dispensary for medical marijuana, and within walking distance to local schools.

Police took action following the report.  Arrests were made.  The medical marijuana dispensary manager assured the investigative reporter that staff was doing everything possible in order to keep the marijuana out of children’s hands.

The fact that drug transactions between school-age children and adults were recorded on camera highlights the reality of the situation.  Despite any crackdown efforts or cautionary measures implemented, children are getting and using marijuana.  They will continue to do so.

Unfortunately, the problems and decisions which open the door to marijuana use occur earlier in time than the pivotal day when a child stands in front of a medical marijuana dispensary to transact an illegal drug deal.

A new Swiss study by Switzerland-based Zurich and Lausanne Universities, in conjunction with the University of Oviedo in Spain, examined the serious health hazard of marijuana use.

The Swiss study highlights the fact that our world has a global drug-use problem, with approximately 230 million adults (ages 15 to 64) worldwide using an illegal drug once per year—at least.  Researchers found that nearly 27 million of adult males and females are problem drug users.

The study identified the most frequently abused substances as:

Researchers stressed the fact that drug use undermines social and economic development. That drug consumption contributes to crime.  It contributes to insecurity.  And it contributes to the increase of severe health problems, citing the spread of HIV.

Parental Divorce Linked to Marijuana Use

Parental divorce prior to eighteen years of age was identified by researchers as a statistically significant predictor of young men’s marijuana use.  Peer comparison between young men who had experienced parental divorce and young men from intact families revealed the former were twice as likely to use marijuana.

According to researchers, their findings are “in line with prior results” which identify those children exposed to family problems, including conflict and disruption, as more likely to drugs—such as marijuana—in adolescence as well as young adulthood.

Researchers reported their study showed that religiosity, which they defined as “believing in God and practicing religion”, afforded protection of cannabis-use onset.

In comparing young men who professed a belief in God and participated in worship services on a regular basis, to peers who identified themselves as atheists, the former were only half as prone to use marijuana.

Perhaps America could change the course of our future by proofing-up our children and youth against marijuana and other drug use and abuse and all its dire consequences.  Rather than continue down the dangerous course we are on, we could restore family values and the integrity of the family unit, and keep parents out of the divorce courts.  We could once again teach our children to follow a strong moral code. We could once again foster a belief in their own spiritual nature, and a Divine presence in our world.