Study Shows that ADHD Drug Abuse Being During the Teen Years 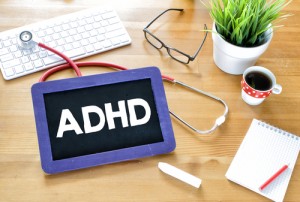 Kiddie Cocaine it’s called.  More formally, Ritalin; and commonly prescribed to children and youth as a chemical “solution” to study difficulties in school.  According to the Drug Enforcement Administration,  Ritalin (the drug methylphenidate), is a Schedule II narcotic.  It is in the same drug classification as amphetamines, cocaine and morphine.  It begs the question, why are we starting our children and youth on the path to drug addiction by giving them a Schedule II narcotic?

Ritalin and other stimulant drugs being given to children and youth in today’s society have potentially severe side-effects, including insomnia, nervousness, loss of appetite, weight loss, anorexia, changes in pulse, and heart problems.

A 2005 health advisory warning issued by the US Food and Drug Administration (FDA) warned that Ritalin and similar drugs may cause visual hallucinations, psychotic behavior, suicidal thoughts, and aggression or violent behavior.

The DEA reports that up to 20% of students in some schools regularly take Ritalin, the Kiddie Cocaine that potentially puts their feet on the path to future substance abuse and addiction.

The powerful and potentially addictive stimulant drugs all too commonly prescribed to children and youth for the subjective and nebulous “diagnosis” of Attention Deficit Hyperactivity Disorder (ADHD) are now the typical “go to” drug for stressed college students.

A recent University of Michigan Medical School study reveals that the abuse of these stimulant drugs in fact starts earlier than college.  To be published in Drug and Alcohol Dependence in July, the study found that abuse of ADHD stimulants starts during the teens, with 16 to 18 years of age the peak time for starting abuse of these drugs.

Elizabeth Austic, post-doctoral research fellow and author of the study, analyzed National Surveys on Drug Use and Health (NSDUH) data obtained from more than 240,000 teenagers and young adults.  Information garnered from survey participants revealed that the younger the person starts mis-using the prescription stimulant drugs, the higher the risk of dependency on that substance.

Based on the results of the study, Austic recommends earlier interventions such as education before drug habits are formed in the late in the teen years.

Females were found by the study to be twice as likely to initiate the non-medical use of prescription stimulants than were males.  Prescription diet pills were the drug-of-choice, rather than other stimulants.  It was also found that races experiencing the higher rate of stimulant abuse were Caucasians and Native American respondents.

According to the Drug Enforcement Agency, methylphenidate—Ritalin—is a pharmaceutical product.  Because it is not manufactured “on the streets” like meth or designer-type synthetic drugs, the only source is through diversion from “legitimate channels.”

So every tablet of these Schedule II stimulants that is crushed and snorted for a quicker high and a bigger rush; that is dissolved in water and injected for the greatest “kick”; that is used to artificially increase alertness by over-stimulating the central nervous system; that is used to suppress the appetite in the pursuit of a svelte body like those seen in the glossy pages of teen magazines– all come from the pharmaceutical drug manufacturers.

So when that child or teen having trouble in school is put on a powerful, Schedule II pharmaceutical drug in the same classification as cocaine, it may well be that we are stealing away that child’s rightful future, and birthright to live a drug-free life.