Study Shows Teen Drinking and Drug Use is Down 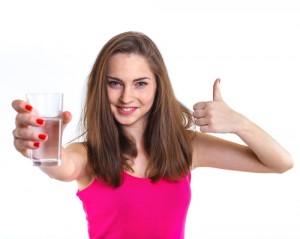 A recent online article by 22 News WWLP of Massachusetts reported that recent National Institutes of Health (NIH) information reveals that there has been a decline in both drug use and binge drinking amongst teens.

The only substance use category which showed a dramatic increase was that of e-cigarettes, with a marked increase in the number of teenagers trying them out.

One young Northampton, Massachusetts woman interviewed by the news reporter said she has noticed some kids quitting cigarettes in favor of smoking the e-cigarettes.  She voiced her opinion that she thinks the switch-over is due to the convenience of the e-cigarette, and because it doesn’t have smoke.

A Smith College student, when interviewed, wasn’t really certain that students were turning away from drugs, but rather viewed it being just a change of habits.  She told the reporter there has recently been a big shift in high school away from drinking alcohol, to using marijuana.  Although she is now a college student, she said it was happening when she was still in high school herself.

E-cigarettes are also known as vaporizer cigarettes and electronic cigarettes.  They are battery-operated, and emit doses of vaporized nicotine which the user inhales.  E-cigarettes can emit vaporized solutions which are non-nicotine, as well.

Manufacturers tout them as an alternative to inhaling tobacco smoke, which is reported to contain more than 4,000 different chemicals.  A large percentage of those chemicals are hazardous to human health.  Furthermore, manufacturers as well as large number of e-cigarette users report that the e-cigarette provides the smoker with a sensation similar to that of inhaling tobacco smoke—without the smoke.

First entering the market in China circa 2004, the electronic cigarette had been invented the year before by a pharmacist from China, Hon Lik.  In 2005-2006, the company Hon Lik worked for began exporting the product to major markets.

The majority of the e-cigarette models currently on the market are automatic.  When the user draws on the cigarette, a sensor-activated heating element vaporizes the liquid solution in the mouthpiece.  The user can choose whether to have nicotine in the liquid solution—or not.

The Centers for Disease Control and Prevention reports that since 2011, the number of teenagers smoking e-cigarettes has tripled.  At the same time, tobacco use has declined.

According to the National Institute on Drug Abuse (NIDA), the nicotine in e-cigarettes is delivered with chemicals and flavorings in the vapor rather than smoke.  NIDA further cautions that while e-cigarettes are frequently promoted as a safer alternative to traditional cigarettes; there is little that is actually known at this time regarding the health risks of using e-cigarettes.

For more information on addiction and substance abuse prevention, contact us today.