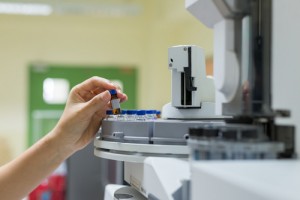 National Safety News, a National Safety Publication, published an article in 1984 entitled Is Detoxification a Solution to Occupational Health Hazards?  The article was authored by Dr. Max Ben, then the Senior Science Advisor for Advancements in Science and Education as well as a former director of research at Miles Laboratories.  Ben conducted research programs for the NIH (National Institute of Health), as well as authored more than ninety publications on the subjects of pharmacology, shock, toxicology and endocrinology.  His insight into the toxicity of our environment, its adverse effect on our wellbeing, and how the sauna detoxification could contribute to solving its health-related problems is even more apropos today than it was three decades ago when he studied and wrote about it.

Chemicals and our Environment

Dr. Ben wrote in 1984 that there were more than 55,000 chemicals in commercial use at the time, with some 3,000 chemicals deliberately added to foods, and upwards of 700 chemicals found in common drinking water.  Based on that information, Ben pointed out that the importance of protecting those who work with hazardous substances and their families could not be argued.

Fast forward 30 years, and we continue to live in a society and an environment that is increasingly more toxic.  In addition to chemicals, which existed and were used 30 years ago, we now have genetically altered food, chemicals sprayed in the skies in the name of geo-engineering, and oil and chemical spills which have polluted our coastal waters and gone into our food chain.  It is just a cursory look at the chemicals and toxins with we have surrounded ourselves.

Dr. Ben posed the question of how do we resolve the problems which have been created as a result of our interaction with our chemical environment.  He noted that there is no question that some chemicals have adverse effects on human health.  He cited scientific research in recent years at the time of his writing had shown a relationship between the presence of foreign chemicals in the tissues of human beings and the increased rate of cancer in those same tissues.

He cited studies showing that PCBs, found in industrial coolants, as having a significant effect upon the immunological system of human beings.  He noted that there are, without a doubt, other as-yet undefined risks connected to the body accumulation and storage of toxins in a process known as toxic bio-accumulation.

Toxic essentially means poison, and Bio means life.  So when we are addressing the subject of toxic bio-accumulation, we are talking about the living organism accumulating life-hostile toxins, or poisons.

Dr. Ben noted that while much effort had been expended in attempting to determine the health consequences of exposure to chemicals, so very little had been done to examine how to safely remove these life-hostile chemicals, which can find their way into the tissues of the human body.

He also noted that a factor in the research delay on this issue was likely due to scientists and doctors long considering it an impossibility to remove chemical substances which have lodged in the bodily tissues.

Additionally, Ben cited research, which identified some 48 distinctly identifiable chemicals in human fat tissues, each known to have negative health effects on both humans and animals.

Sauna Detoxification as the Solution

At the time of the writing (1984), Dr. Ben noted that researchers for FASE (Foundation for Advancements in Science and Education) had been studying the Hubbard Method of Detoxification.  Researched and developed by researcher and humanitarian L. Ron Hubbard in 1978, the detoxification method arose from his research on observations he made of persons who had previously ingested toxic substances/materials; and noting their improvement upon completing the detoxification program.

Dr. Ben cites the success of the Hubbard Method of Detoxification in helping Michigan residents who had been accidentally exposed to PBB, a fire-retardant chemical in the early 1970’s when it was accidentally fed to farm animals in place of a nutritional supplement.  The resultant contamination of milk, meat and other foods resulted in chemical ingestion by virtually the entire population of the state of Michigan.  The book, Bitter Harvest, details the story of this tragedy.

The persons who completed the Hubbard Regimen( as it was termed in its use to help the Michigan victims) as well as elsewhere it has been used, expressed their relief from a variety of maladies which resulted from their exposure.

Ben notes that the Hubbard Method of Detoxification indicates that chemical toxins can be effectively and safely removed from the body, and as a result, it may be possible to resolve the problem of human contamination, as well as chemically-related disease.

Dr. David Schmare, author of the essay, The Unpolluting of Man, states therein that “Work on the un-polluting of man” has to “catch up to and pass the polluting of man.”  It is time to broadly implement the Hubbard Method of sauna detoxification to help accomplish that goal.

For more information on the Hubbard Method of Detoxification used in the Narconon program, contact us today.