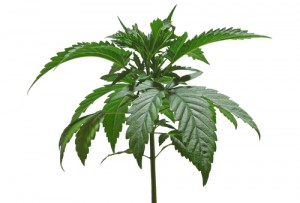 More Americans than ever are getting interested in marijuana. You see it all over the most popular TV shows and movies. The creators of much of our popular entertainment are trying to “position” marijuana as a fun, casual drug that everyone (cool) uses. They will try to make you think that is safer than alcohol and that it’s even packed with health benefits!

Their campaign is working. Over twenty states have now legalized marijuana for “medical” use despite the fact that medical studies have shown marijuana to cause brain damage. Two states, Colorado and Washington, have now made the drug legal for recreational use, too. Experts predict that more states are soon to legalize the drug. Within a decade, we might see that marijuana is a legal drug in every grocery store and corner market. It might be behind a counter like packs of cigarettes, but if current trends stay strong, this vision of the future will likely become a reality.

In addition to all of the “natural” marijuana that is being grown and sold in the United States, there has also been a recent surge of “synthetic” products as well. Synthetics are lab-made versions of drug that are chemically very similar to the naturally occurring variants that we are more familiar with.

For all of its danger, marijuana is actually a drug that grows naturally in the wild. Selective breeding may have made modern strains of the drug much more powerful than the ones that our grandparents were probably familiar with, but this does not discount the fact that the marijuana plant has actually existed for thousands of years. Synthetics, on the other hand, are created in a laboratory.

Chemists have examine what exactly makes marijuana so powerful, and then they “build” brand new chemical formulas that can achieve the same effect while being a few molecules different. These brand new drugs are not banned like marijuana itself is, so the companies that create them can usually get away with selling them for a little while. They just have to pretend that the substance they have created is used for something like potpourri instead of as a drug.

According to a new study in the April 2014 issue of Orthopedics, researchers have found that the number of Americans using synthetic “cannabinoids” (the type of drug that is similar to marijuana) is growing. The effects of some of these drugs has been alarming and dangerous. One user was found clutching his stove oblivious to the fact that he was on fire and that he had fourth degree burns on his hands. The synthetic drug “K2” had done this to him, and to who knows how many others.

This drug isn’t actually marijuana, after all. It just mimics some of the effects. It can actually have completely different side effects that users may be completely oblivious to. If they take a drug like K2 and think that they’re just going to get a mild high, they are in for a rude awakening.

The answer to synthetics

The answer to synthetic cannabinoid use is the same as the answer to any drugs – it’s simply a terrible idea to use them. Whether the drug grows naturally in the ground or is created in a chemist’s workroom, these drugs are designed to cause you false senses of happiness or euphoria that they cannot maintain. You might find yourself only depressed after using them, or you might find yourself in the emergency room.