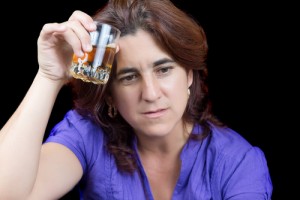 A recent online IndiaToday article reported on the findings of a European study on alcoholism and its effects on an alcoholic’s longevity.  The study revealed that an alcoholic pays the price of 8 years of his or her life for their addiction to alcohol.

The study found that alcohol-dependent patients die approximately 7.6 years earlier than hospital patients having no history of alcohol addiction.  Published in the European Psychiatry journal, study results highlighted the need for early treatment of alcoholism due to how it affects both physical and mental health.

According to Dieter Schoepf of the Germany-based University of Bonn Hospital, there are significant health impairments and mental problems associated with addiction to alcohol.  He noted that alcoholics treated in British hospitals for health-related problems died on the average 7.6 years earlier than patients who were not alcohol dependent.  Schoepf attributed this to several physical illnesses interacting at the same time.

Scientists used the data to analyze the co-morbid (two or more medical conditions or disease processes existing at the same time as the one originally diagnosed) physical illnesses of 23,371 alcohol-dependent hospital patients.  This data was then compared to a control group of 233,710 randomly selected patients who were not alcohol dependent.

According to Heun, one-in-five alcoholic hospital patients died in a study-involved hospital compared to only one-in-twelve of the control group patients.  He further noted that significantly increasing life expectancy of alcohol-addicted patients should be possible through early screening and treatment.

According the U.S. Centers for Disease Control and Prevention (CDC), excessive alcohol consumption can harm a person’s health.  The CDC reports that between the years of 2006- 2010, the excessive use of alcohol in the United States led to about 88.000 deaths—shortening the lives of the individuals who died by an average of 30 years.  It led to 2.5 million years of YPLL—years of potential life lost.

Excessive drinking was cited as responsible for 1-in-10 deaths amongst working-age adults 20-64 years of age.

Excessive alcohol use over time can lead to serious health problems, including chronic diseases and physical and mental health conditions such as:

A High Price to Pay

Alcohol addiction extracts an extremely high price from all those affected.   The cost of nearly 8 years of a person’s life certainly warrants a close look at the importance of doing something effective to overcome alcohol dependence.

There are a number of holistic and drug-free approaches to alcohol addiction treatment.  Alcoholics Anonymous has a long history of success and lives saved.  Many find a 12-Step Program workable.  A nutritional/educational model of addiction treatment can be very effective.

Quality of life cannot be overlooked as perhaps the most important factor.  Living free of alcohol dependence and all its adverse consequences on self and others is a worthy goal of successful treatment.