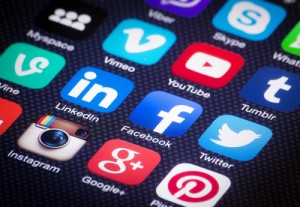 Most people who use social media platforms such as Facebook or Twitter have experienced their attention-grabbing qualities, eating-up valuable time, and with the potential to become an almost endless source of interest and virtual participation which can chip away at real-life activities and obligations.  It is coming to light that for some, social media has the potential to become addictive, just as drugs and alcohol do.

Of interest are the findings of a new University of Albany study which found a link between substance abuse problems—and addictive social media behavior.

The recent study corroborated findings of previous studies, finding that social media can be addicting.  Published in the Addiction journal, the study also revealed that individuals who use social media more, or who are more addicted to its use, are also at a higher risk of “impulse control issues”, including substance abuse.

The University of Albany study included 253 undergraduate students, 18 years of age or older. They were questioned about their internet addiction, media use and habits, how they managed their emotions, and their alcohol consumption.

They were evaluated on common alcohol-addiction diagnostic criteria.  Of the study participants, 10 percent admitted to experiencing addictive social media behavior.  This group was more likely to report trouble with managing their emotions, an Internet addiction, and drinking problems.

Julia Hormes, a UAlbany psychologist who led the team of three researchers in making an assessment of the potentially addictive nature of social media took a specific look at Facebook. The study found an estimated 10 percent of users experience what Hormes classifies as “disordered social networking use.” The study further determined that individuals struggling with social media addiction were more likely to report drinking problems, as well.

According to Hormes, the nature of the internet newsfeed and its new notifications encourages the user to check-back frequently.  That in combination with platforms making it easy for users to remain continuously connected is effective in establishing resistant habitual behaviors.

Facebook reported in October of this year that the social media giant has more than 1.35 billion active users, and has 800 million individuals logging-on every day.   According to a 2013 consumer report, 71% of those individuals are now are now accessing the social media sites from their mobile device.  It is an indication of the impact that social media has on our culture, and it is safe to say that the number of users and the newer, faster ways to increase access to it will only increase.

The sheer number of users in combination with the fact that today’s youth grow-up with the internet and social media as an integral part of their lives, warrants attention to the  link between an addiction to social media and substance abuse.

When we define addiction is as any activity, behavior, object or substance that has become the major focus of the individual’s life to the exclusion of other activities, it can be seen that social media could fall within those parameters.  Also included in the concept of an addiction is the fact that the activity, behavior, object or substance has begun to harm the person mentally, physically, or socially.

Hormes further speculates that increased social media use fosters poor emotion-management skills, thus leaving an individual with an increased susceptibility to other addictions.

Furthermore, she noted that the study findings suggested the social networking issues may surface as part of a group of risk factors that increase the person’s susceptibility both substance addictions and non-substance addictions.

The UAlbany study concluded that the excessive use of online social media networking can be addictive, and may also be associated substance abuse.

For more information on addiction, please contact us today.