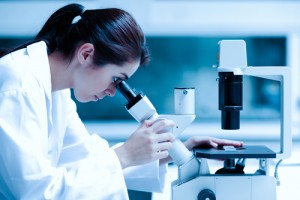 The 2012 National Survey on Drug Use and Health (NSDUH) reports 20 million people in the United States used marijuana in the month prior to survey, making pot America’s favorite illicit drug.  Medical marijuana has been legal in California since 1996, and half a million Californians have prescriptions for its use.  ProCon.org, a non-profit organization that promotes critical thinking, education and informed citizenship on critical issues, estimated there would be nearly 2.5 million regular medical marijuana users alone if every state in the nation legalized medical marijuana.  Why, with such a high level of use, is marijuana regarded as difficult to study?

Despite state policymakers writing new marijuana laws in some states, and medical marijuana clinics doling out marijuana prescriptions, the touted risks and benefits of the drug are for the most part, anecdotal.

Compared to pharmaceuticals and other illegal drugs, it is nearly impossible under existing federal regulations to study marijuana in any formal sense.  Despite de-criminalization of the drug in the states of Colorado, Washington, Oregon, Alaska and Washington, D. C., marijuana is still classified as a Schedule I drug under federal law.

According to the federal government, a Schedule I drug has no accepted medical use in the U.S., and carries a high risk of abuse.  The Drug Enforcement Agency (DEA) has rejected petitions to reclassify pot over the years, finding “no sound scientific studies” supporting the use of marijuana for medical treatment.  The DEA also cites “the clear weight of evidence” that smoked marijuana is indeed harmful.

Therefore, marijuana remains classified as a Schedule I drug, along with ecstasy, LSD—and heroin.

At the same time, unique to marijuana is an open-ended (designed to permit or permitting spontaneous and unguided responses) review by Public Health Services.  The potential risks and medical benefits of heroin are easier to study than the same aspects of marijuana, with heroin showing a 50 percent increase in overdose deaths in only two years. It is not anecdotal.

Furthermore, while permission for drug research routinely has a built-in deadline of weeks or months, the public health review which marijuana alone is subject to has no timetable.

Dr. Donald Abrams, UC San Francisco cancer and integrative medicine specialist, believes that while cannabis can ease pain, it is not a cure.  He told America Tonight that while most of the patients he has care for have used marijuana, probably smoking it, that “If cannabis cured cancer”, he would have a lot more survivors.

According to Dr. Abrams, the National Institute on Drug Abuse is less inclined to support studies looking into the possible benefits of using marijuana.  He notes that NIDA generally will only fund a study looking at marijuana as something that is harmful, or as a substance of abuse.

Abrams is cited as one of the few physicians ever to receive federal permission to study marijuana.  He did so by studying medical risks and abuse potential; or by receiving limited state-funding sources. As a result of his studies, Dr. Abrams found that cannabinoids in marijuana can ease pain and inflammation.

Abrams also believes marijuana could improve the therapeutic effects of pain medications like Oxycontin, Vicodin and Percocet, allowing for lower doses of these highly addictive opiate drugs which are linked to 16,000 overdose deaths annually in the United States.

In his experience, marijuana may have the potential to reduce the risk of overdose by possibly improving the painkilling properties of opiate drugs, but the Drug Enforcement Agency would not be able to fund such a clinical trial as it involves a Schedule I substance added to opiates.