Study Reports that Alcohol Screenings at Doctors’ Offices are Ineffective 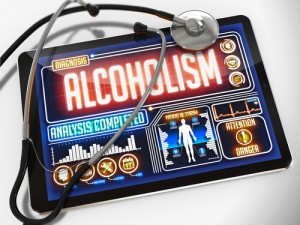 A University of Wisconsin-Madison news online news article reports that as screening for alcohol problems while visiting the doctor is becoming more mainstream, a study recently published in the journal, Addiction, found that using method fails to increase successful referrals to counseling and treatment for alcohol abuse.

Promoted for decades, screening has been posed as a solution to the fact that of those struggling with alcohol dependency and abuse, only 6 percent seek help in any given year.  This, according to University of Wisconsin-Madison assistant professor of social work and study author, Joseph Glass, is mainly due to the fact that “they don’t think they need help at all.”

According to Glass, cited as an expert on the subject of alcohol addiction and treatment, doctors have been encouraged to spend 5 or 10 minutes using basic conversational techniques to ask about drinking—and talk with the person about ways he or she could reduce alcohol consumption.

Based on earlier studies, screening was found to help people with milder alcohol consumption problems in reducing their consumption.  On the other hand, when Glass and his colleagues summarized existing, controlled trials employing random selection and/or sampling that tracked nearly 2,000 individuals, the study researchers found no increase in numbers of individuals seeking counseling or treatment.  It was an unexpected and surprising result.

According to Glass, he and his researchers “expected to see some benefits.”  But they found no difference between those who got screening and brief intervention and those who did not, when looking at the number of individuals who got care.

Glass and his colleagues cite unhealthy alcohol use to the United States’ third leading cause of death.  It costs our nation in excess of $230 billion annually.  When alcohol abuse is defined as alcohol consumption excessive enough to cause problems in the person’s life, 17.6 million adults in America fall into that category of alcohol abusers.

Social scientists realized some decades ago that the majority of people do not want start any treatment for alcohol, says Glass.  The last 1980’s prevailing response was to bring treatment to them if no one was going to seek care.

A referral component was soon added to screening, with Wisconsin becoming a leader in doctor visits which included alcohol screening as a routine component.

Why screening and brief intervention fails to result in the desired, successful referrals was not explained by the study.  Glass speculates that it may require more than one conversation taking place over a period of time, based on a theory that familiarity thus created will build the essential trust.  Or to involve counselors may be helpful, he says.

Glass notes that screening combined with other efforts has proven successful in getting more people treated for depression, leading him to speculate again that lack of referrals found in his current study might be due to excess alcohol consumption-related social stigma.

Glass notes that we need to recognized that screening and brief intervention doesn’t help everyone, and it makes it necessary to find out how to successfully reach those with more severe—and the most severe—alcohol problems.  Due to the personal, social and economic costs resulting from alcohol addiction, Glass says “it is vital that we figure out what would work.”