Study Reports an Increase in Binge Drinking Among Young People 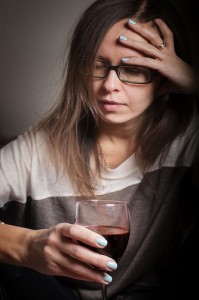 According to an online MSN News article, a recently released study found alcohol consumption has declined over the past 20 years in wealthy, developed countries.  At the same time, binge drinking has increased amongst youth.

The Organization for Economic Cooperation and Development (OECD), comprised of 34 nation members, reports a 2.5 % decline in the average annual alcohol consumption over the past two decades in its member countries.  That equates to a 2.4 gallon decrease in pure alcohol per capita.

At the same time, the OECD says that the declining trend masks the hazardous increase in binge drinking amongst young people.  The OECD bases its measure of binge drinking on both the amount and rate at which alcohol is consumed.

OECD cites binge drinking by youth as a major social and public health concern, noting that children are taking-up alcohol consumption at increasingly earlier ages.  The report cited the harmful consumption of alcohol currently accounts for a higher proportion of worldwide deaths than does AIDS, HIV, tuberculosis and violence combined.

Binge Drinkers:  Who are they?

The OECD identified regular young adult binge drinking as the consumption of 5 or more drinks on one occasion, once per week.  Germany, Italy and Canada all showed increases in binge drinking amongst both women and men over the past two decades.  An increase was also found amongst New Zealand women, and French men.

In comparison, England and Ireland saw a fall in binge drinking rates in that same 20-year time-period.

According to the Foundation for a Drug-Free World, more teenagers worldwide are killed by alcohol than all other drugs combined.  Among youth ages 15 to 24-years old, alcohol is a factor in accidents, homicides, and suicides—the three leading causes of death.

Long-term effects of binge drinking, and continuing to consume alcohol in large amounts, is linked to numerous health problems, including:

And it is linked to damage that affects others, including:

Ultimately, binge drinking and continued over-consumption of alcohol results in dependency and addiction.  Alcohol abuse crosses all borders, all cultures, all races and all languages, and it indiscriminately ruins lives.