Study on Immune System Leads to Greater Understanding of Addiction 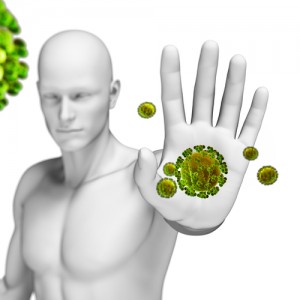 The immune system of the human body is a network which protects the body from infection.  Made-up of cells, tissues and organs working together, the immune system limits and prevents microbes (any microscopic organism, especially one causing disease) such as bacteria, viruses, parasites and fungi from entering and/or growing in the body in an effort to maintain optimum health.

Universities in Australia and the United States recently teamed-up to study a new treatment specifically for cocaine addiction, but the findings could potentially have application to drug addictions of all types.

The new study focused on the body’s immune system response in overcoming drug dependency.   In basic terms, the immune system response is a natural inflammation process designed to protect the body by isolating the pathogen (something that causes disease) or a damaged area of injury.  The inflammation process attracts immune cells to the site to combat infection or the wound-damaged tissues, and later promotes healing of those body tissues.

The study focused on link between the immune system response and overcoming drug dependency.

To understand the study findings, it is necessary to have a basic understanding of a receptor.  In this instance, a receptor is an area of tissue in the membrane of cell, and it responds specifically to a substance.

The Link to Drug Dependency

While researching, an immune receptor known as TLR4 was discovered to amplify morphine’s addictive properties.  The research team then applied their discovery to cocaine to determine if it held true for that drug, as well.

According to Professor Hutchinson, previous studies have found TLR4 responsible for “amplifying addiction to opioid drugs”, citing heroin as an example.  But discovering TLR4 plays a key role in cocaine addiction was a first-time discovery.

Study researchers discovered, as well, that the immune system is continuously in communication with the brain, updating it on body health changes.

The researchers also learned more about glial cells.  Simply defined, glial cells are the most abundant types of cells in the central nervous system.

Brain glial cells were thought to merely act to hold the brain together, somewhat like glue.  Research determined that glial cells actually function to recognize and respond.

According to Dr. Northcutt, brain glial cells respond to cocaine or morphine or opioids as an invading pathogen; followed by mounting an immune system response which seems to be a critical element in making drugs addictive.

Applying the Findings to Addiction

The next step taken by researchers seeks to find a way to stop the TLR4 immune receptors from binding with opioids.  They used the drug in combination with naloxone, an opioid antagonist used to reverse narcotic drug effects. The purpose was to prevent cocaine from binding with TLR4 so it could not activate glial cells, and viewed it as a way to curb other drug’s addictive properties, as well.

The research team also reported promising results with methamphetamines and alcohol. And although they have not applied their findings to other drugs or tobacco as yet, Dr. Northcutt reports it is a strong possibility that what they found in their study is common to many abused substances.

While Dr. Northcutt acknowledged that addictions are complicated and require a mental address as well as medical, she noted that if a drug could take the edge off withdrawals and cravings, it may offer motivated addicts a greater chance of recovery success.