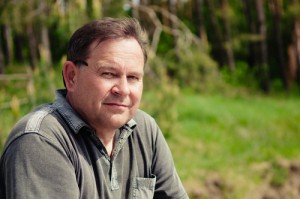 A study first published in the journal, Addiction, (2008) had the purpose of projecting the number of people in the United States aged 50 and older who would be abusing or dependent upon illicit drugs or alcohol by the year 2020.  Its predictions were based on the 2002 through 2006 NSDUH (National Survey on Drug Use and Health) data; and were used to estimate the projected 2020 United States population of adults aged 50 and older who would be having substance abuse problems.

Following the end of World War II, almost nine months to the day, more babies were born than at any time in recorded history, numbering 3.4 million in 1946.  It was a 20 percent increase over the number born the year before, in 1945; and it signaled the beginning of what was to be called the “baby boom”.

As the baby boom tapered-off in 1964, 76.4 million babies had been born in the United States alone, making-up 40 percent of the population of the nation.  Their generation was to become known as the Baby Boomers.

Baby Boomers grew-up watching the “The Mickey Mouse Club”, and wearing their “Mickey Mouse-ear hats.  As the television became part of the American household, Walt Disney flourished as the programming of choice.  As children, the Baby Boomers played with the newly created Barbie Dolls and Hula Hoops; and Boomers moved towards their teen years with rock ‘n roll, Elivs Presley and American Bandstand.

As teens and young adults, the Boomers faced the Viet Nam war, and the counter-culture of the 60s was born, with the fight for political equality, and economic and social justice for all Americans.  Massive anti-war demonstrations rocked America, and many of a generation of post-war youth became “hippies”, exemplifying the counter-culture and experimenting with drugs as a means to “raise consciousness” and alter awareness.

Had the Baby Boomers actually foreseen the long-range results of their drug-use and its consequences, it likely would have been a different path they would have chosen to bring the peace, enlightenment and beneficial social change which they sought.

The oldest Baby Boomers are now in their 60s, and by the year 2030, approximately one-in five Americans will be 65 years of age—or older.  Because of the very large population size of this generation–as well as their propensity for substance use and abuse–the study estimates the number of adults 50 years of age experiencing substance abuse issues is projected to double from the 2002-2006 annual average of 2.8 million, to 5.7 million adults in the year 2020.

According to a 2013 SAMSHA (Substance Abuse and Mental Health Services Administration) report, alcohol is the typical substance of choice; but the rate of illicit drug-use amongst adults aged 50 to 64 years old increased from 2.7 percent (2002) to 6.0 percent. (2013)

D. John Dyben, director of the Florida-based Hanley Center in West Palm Beach, notes that as the body ages, it beomes more difficult for it to metabolize drugs and alcohol; and while a person might have been able to drink two or three glasses of wine when younger, in the late 60s it can become a problem as the body cannot handle it.

A New York-based substance abuse counselor, Steven Wollman, noted that with the retirement  phase of life, some experience the death of a spouse, divorce, downsizing from a large to a small residence, depression—and boredom.  He emphasized that for an addict, “boredom’s the No. 1 trigger.”

Events which arise later in a person’s life may demand coping skills that those in the Baby Boomer generation may not have acquired, including how to deal with the loss of purpose; a loss of career when they retire; a loss of a spouse; loss of friends; and other late-life losses.

One older woman who suffered from and overcame alcohol dependency and abuse pointed-out that losing one’s purpose in life is the “singular thing” which hurts people the most; noting the importance to each person of having something to do which is personally fulfilling.

Perhaps it is time for the Baby Boomers to once again light the fire of their purpose to make this world a better place, and to do it this time without drugs.