Study Details 4 Most Harmful Effects of Marijuana Use 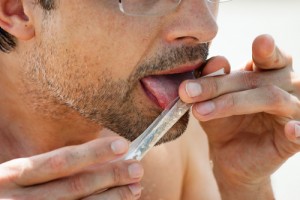 While proponents of marijuana use and its legalization tout its suggested medical benefits, those indulging in recreational use may be lulled into thinking there are no adverse consequences and no risks.  As the push for legalization in U. S. states intensifies, more studies are finding cannabis use does indeed cause harm.

A new study by the Canadian-based Centre for Addiction and Mental Health (CAMH) linked cannabis use to major health risks.  CAMH is Canada’s largest teaching hospital on the issues of mental health and addiction.  It is regarded as one of the leading research centers in the world in its field.  A combination of research, education, clinical care, policy development and health promotion is combined by CAMH to help individuals affected by addiction and mental health issues.

The CAMH study identified cannabis-use disorders which included cannabis-dependence; and cannabis related motor vehicle accidents as the two risks affecting the most Canadians.  The study also identified these same two factors as the main cannabis-assignable disease burden in Canada.

Dr. Benedikt Fisher, lead study author and senior scientist in the Social and Epidemiological Research Department of CAMH, notes that researchers are quantifying cannabis-attributable harms into four main categories.  Despite cannabis being the illicit drug most widely used in Canada, it was not until this study that its health harms became more than just speculation-based.

The Four Most Harmful Effects

Study researchers used various sources for the data used to estimate the number of Canadians affected by cannabis-related health problems and death.  The following four harmful effects were identified by the CAMH research study.

A 2012 Statistics Canada survey provided the data for the cannabis dependence or abuse estimate of 380,000 Canadians.  That accounts for 1.3 percent of Canadians aged 15 years or older considered as cannabis-dependent, or misusing the drug.  Researchers estimate that each year, the number of Canadians receiving treatment for problems related to cannabis ranges from 76,000 to 95,000 individuals.

Researchers took into account the overlap of tobacco smoking, the frequency and amount of cannabis-use, and the factor of diagnosis of lung cancer ordinarily happens years after use in determining the lung cancer and cannabis-use link.

Recent information points to a higher risk of psychosis in regular cannabis users.  Researchers noted that the link between cannabis-use and schizophrenia is influenced by a number of factors, including genetics.  With that in mind, researchers estimated the number of cases potentially attributable to frequent cannabis-use ranged from 106 to 186 Canadian schizophrenia cases.

According to Dr. Fisher, the research study estimates suggest the need for improved ways to expand cannabis-use disorder treatment options as well as ways to improve upon the detection and deterring of cannabis-impaired driving.  He notes the study estimates serve as useful in setting priorities for public health interventions.

The U.S. states facing the potential legalization of medical or recreational marijuana-use this November when their resident voters go to the polls would be wise to heed the Canadian research study results, and let their voters know the facts before they cast their marijuana-related vote.