Studies Show Teens More Susceptible to Drug Use Because of Legalization 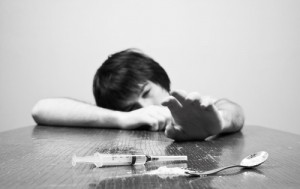 The use of marijuana continues to increase as more states across the nation legalize it for either medical use, or recreational use.  Despite the arguments of marijuana proponents that marijuana is harmless—and even beneficial—there are adverse health effects that come with its increased use.  And teens are more vulnerable to some of those adverse effects, ones which are capable of lessening their quality of life.

According to the Substance Abuse and Mental Heal Services Administration (SAMHSA), around 12% of Americans over age 12 have used marijuana in the last year.  Marijuana use by youth in high school has been on the increase since the 1990s.  Nora Volkow, director of the National Institute on Drug Abuse (NIDA) notes that if current trends continue, the use of marijuana by high school seniors could, in the near future, become more common than smoking cigarettes.

According to Dr. Volkow, the marijuana products of today are far stronger than those of the past, and she cites that this may explain why more people are getting into car accidents or overdosing.  The concentration of THC, the main psychoactive (mind altering) chemical in marijuana has increased four-fold since the 80s, says Volkow.

Steven Wright, a Denver-based pain and addiction medicine specialist says that some of the edible marijuana products new on the market can be up to 10 times stronger than the traditional marijuana cigarette (joint).  Wright points out that the risk associated with marijuana edibles is the delayed effects which may not be felt by the person for an hour or more after consumption, thus resulting in a person consuming far more THC than originally intended.

Risks to Children and Youth

According to Kathryn Wells, president of the American Academy of Pediatrics chapter in Colorado, emergency room doctors have been treating larger numbers of small children for accidental marijuana overdoses.

As is widely known, Colorado recently legalized the recreational use of marijuana.   Elizabeth Whitehead, hospital spokeswoman for Children’s Hospital Colorado Aurora, a suburb of Denver, noted that children are at risk of marijuana exposure when mothers are using the drug during pregnancy, or when breastfeeding.  Furthermore, she says that some parents bring their children to the doctor, and the children are “reeking of marijuana smoke.”  She says that the parents tell her that marijuana is legal, “so there is nothing wrong with it.”

According to experts, the human brain is not fully matured until the age of 25 or so.  Dr. Volkow notes it may well be an explanation as to why frequent pot smokers who begin using the drug as teenagers frequently show significant declines in IQ in adulthood.

An article by Volkow in The New England Journal of Medicine wrote that marijuana impairs the user’s critical thinking skills for days after the person sobers-up.  Thus, teens who are weekend users of marijuana may not be able to properly learn when returning to school on Monday.  Marijuana impairs judgment, as alcohol does, and as a result, teens may take more risks which potentially endanger their lives.

With the legalization of a drug which has been shown to have adverse mental and physical effects on the user, particularly if use begins when a teenager, we are sending the wrong message to our generation of youth who will need their thinking and learning capabilities intact if they are going to make it in today’s challenging world.