Studies Show Summer Could be Prime Time to Develop Addiction 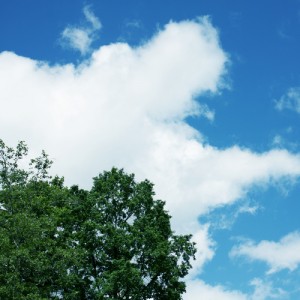 Summer traditionally was a time to experience freedom from the confines of school, to enjoy the gloriously long days of sunshine and warmth, and to engage in the joys of summer sports and outings with friends and family.  While summer still retains those qualities, drugs and drug use in our culture has cast a dark shadow on those bright and carefree days which now apparently lend themselves to an increased danger from drugs.

First-time marijuana and cigarette use is reported to be highest in the summer months, along with the drinking of alcohol.

SAMHSA, the Substance Abuse and Mental Health Services Administration, based on interviewing more than 230,000 young adults between 2002 and 2012, found the following:

During the remaining months of the year, between 5,000 and 8,000 teens used alcohol for the first time.

Experience has taught that once a teenager has tried alcohol, cigarettes or other drugs, the chance for repeated use increases.  There is also the liability of the substance being tried or used, acting as a gateway drug—a drug that opens the door to trying out and using harder, more addictive drugs.

Common to nearly all parents is their shared dream and desire for their children to grow-up healthy and happy, able to live successful and prosperous lives.  Drugs and drug use steal away those dreams, and replace them with turmoil, fear and heartbreak.

But there are effective steps a parent can take to help their teenager make it through the summer months safely and drug-free.  Following are some recommendations for achieving that goal.

Summertime provides ample free time which can lead to boredom and a restless wandering through the summer months, rather than a summer of direction and accomplishment.

It is helpful for your teen to set some goals for the summer, and engage in some worthwhile activities or sports that are enjoyable and interesting to him or her.

Becoming more competent and skilled at an activity of one’s choosing is both stabilizing and rewarding.  Staying productively busy is good prevention against drug use which can stem boredom, and from wandering aimlessly through life without purpose.

Although a teenager no longer needs the services of a babysitter, too much time alone or too much time spent with parents of a friend or acquaintance who may not be setting a good example or providing responsible supervision could set the stage for dabbling in drug or alcohol use.  It is important to ensure you meet and assess the parents of your teen’s friends, and with whomever they are spending time.

Provide Education on Drugs and Drug Use

Many people are woefully misinformed on drugs–particularly prescription drugs.  Parents are in a position to make a difference in the lives of their children.  What parents say about drugs and drug use does matter.

It is extremely important for a parent to get informed; to sit down with their teenagers, review the facts, and ensure their sons and daughters understand the realities, dangers and long-term consequences of deciding to use drugs—or not.

By setting a good example, keeping the lines of communication open and safe, and by really taking a sincere interest in your teenager as an individual who is on the threshold of young adulthood, you will go far in helping to keep them safe.