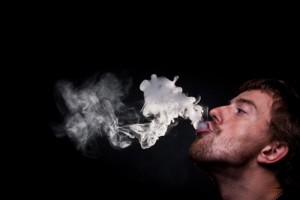 Two states in America have legalized marijuana for recreational use and, by the looks of things, it is only a matter of time before more states join Colorado and Washington. Legalizing marijuana is Colorado has had its consequences.

Unintended consequences have already started popping up including marijuana poisoning in pets, marijuana poisoning in children and further scientific studies into marijuana’s effect on the human body. These new studies are likely to slow the tide of legalization as scientists have found the dots which tie their hypotheses to their conclusion.

Drugs have always affected a person’s emotions whether the drugs make someone happy, sad, calm or angry. Scientists now have the visual proof of how marijuana affects the area of the brain in charge of emotional capability.

Marijuana causes the two neural regions of the brain key to emotions to become misshapen or abnormally large. This is the first study where scientist can show how casual marijuana use is related to major brain changes. Dr. Breiter said:

“When we saw that there was a consistent abnormality and that it was directly related to the amount of cannabis one took in, it gave us some significant pause,” Breiter said. “Seeing these differences raises a cautionary flag that we need to do more research.”

Continued use of marijuana has the possibility of causing the brain to become so damaged that a person may or may not have full control of their emotions again. Depression is often associated with drug use because as soon as the high has ended, users feel at an all-time low. Marijuana causes both the high and the low and after continued use the high may not go as high causing users to experiment with other drugs.

The stereotyped marijuana smoker is unmotivated, uninterested and unexcited. Well there is scientific evidence of why this is. Research into marijuana found that the three areas in the brain responsible for processing emotions, making decisions and motivation were abnormal in marijuana users.

Marijuana has always been associated with the brain’s cognitive function including learning, memory, attention and decision-making. Studies also show underlying structural changes to the brain which would make these changes come about.

The study was done on a group of young people varying in age from eighteen to twenty-five years. Blind studies were don on the brain structure of the subjects through frequent MRI scans. The study concluded that those subjects who were using marijuana regularly or had been using marijuana regularly to have misshapen brain tissue in the cognitive area, decreasing the brain’s ability to function.

These results were not taken lightly and studies continue to investigate further into exactly the consequences of continues marijuana use on the brain and if the damaged brain tissues can or will mend once marijuana is taken out of the picture.

The Journal of Neuroscience: Cannabis Use is Quantitatively Associated with Nucleus Accumbens and Amygdala Abnormalities in Young Adult Recreational Users http://jn.sfn.org/press/April-16-2014-Issue/zns01614005529.pdf