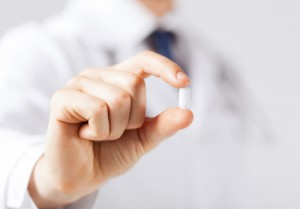 Officials in the United States have long known that prescription drug abuse rates are out of control. Millions of Americans are being prescribed powerful opiate drugs by their doctors, and a large percentage of those patients are becoming addicted to the very drugs that are supposed to act as medicines to help them.

The drugs in question are opiates. These drugs are chemically very similar to heroin and the other substances that were derived from the opium poppy. While modern painkillers like Percocet and Oxycontin might not still actually be created from opium, the fact remains that they have a very similar effect in the human body.

When someone uses one of these drugs per a doctor’s instructions, there is a chance that it will only act as a painkiller and won’t do permanent damage to the human body. A recent study has discovered, however, than many patients are being prescribed these opiate drugs at quantities that can have deadly side effects or cause fatal overdoses.

The study also found that of the huge number of Americans that are taking these drugs, 4 million are physically disabled and are unable to work. These people are being prescribed these drugs by doctors that think they may be helpful in treating the chronic pain of a physical disability, but does this approach really work?

Can Painkillers Really Help with Disabilities?

Modern opiate painkillers are the latest drugs in a long line of substances that were developed from the family of narcotics created from the opium poppy. Doctors have long known that opiates were extremely dangerous. While they could dull a patient’s pain and cause the person to fall asleep, they could also put the person into a lethargic state that was extremely hard to pull out of. Reports of the lost men and women in opium dens spread across the world over the past few centuries.

In order to replace opium with something safer for medical use, chemists eventually developed morphine. Despite their possibly benign intentions, morphine turned out to be just as addictive and dangerous as opium was. Heroin came as another step to refine the drug, but doctors eventually realized that it, too, was addictive and deadly.

Pharmaceutical companies now spend a lot of money developing and marketing “modern” opiate painkillers to the world, but do they really work any better than their predecessors? According to many reports, they may be even more addictive and deadly than anything that came before.

Doctors are also now recognizing that these drugs might not do anything for the disabled patients that are being supplied these drugs. After all, dulling the pain of an injury does nothing to address the injury itself. In many cases, disabled patients need physical therapy or chiropractic care to get their bodies working correctly again. Giving them powerful drugs similar to heroin does nothing to address the source of their inability to work.

Changing Viewpoints on Painkiller Use

In order to change the trend and to help Americans to stop dying from painkiller abuse, we need to spread the message that opiates are not the answer for every instance of pain that a patient goes through. Dentists shouldn’t necessarily be prescribing Vicodin for every toothache. Doctors should consider alternative methods of addressing pain.

When we start recognizing that painkillers often create more problems than they solve, we can start to help our society rethink its dependence on opiates. When that day comes, we may start to see the trend of painkiller overdoses and deaths start to reverse.