Statistics Point Out That Heroin Deaths are Still on the Rise 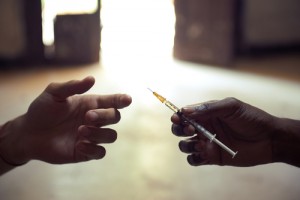 The bottom line on the CDC data is that while prescription painkiller deaths have declined in number, heroin deaths have not.

Based on the new CDC information, for the first time in more than a decade, prescription-pill overdose deaths are down, but heroin-caused deaths are rising.

The CDC reports 16,000 prescription opioid-caused deaths in 2012, a number double what it was a decade ago.  And although the heroin-caused death toll weighs-in at 6,000, it represents a death-rate which has doubled in the two years, from 2010 to 2012.

While the newest analysis of data from the CDC does not draw the link between prescription painkiller and heroin overdoses, past research suggests that there may be a link, especially due to the fact that both these drugs result in a similar high, yet heroin is often easier to obtain—and less expensive than the prescription painkillers.

One study done just last year revealed that 80% of new heroin users reported past abuse of prescription painkillers. In 2010, an opioid prescription painkiller formula which was designed to be more difficult to abuse was released, and it may also be a factor in pushing pill addicts and abuser towards heroin.

A new study published in the JAMA Psychiatry journal reports the demographics of today’s typical heroin user to be changed from what it was in the past.  Today’s heroin user is no longer an inner-city junkie.  The heroin user is now a white, middle-class suburbanite in his or her 20s.

Lead author of the study, Ted Cicero, says that the heroin addicts of today often get into heroin use after using prescription opioids.  He attributes this to the fact that heroin is easier to get—and is less expensive.  He adds that the opioid prescription drugs “became so expensive”, leaving the addict with the choice of a very painful withdrawal—or seeking an alternative drug.

The study involved 2,800 heroin addicts who were going into treatment for their addiction.  Additionally, Cicero and his research team interviewed 54 addicts regarding their personal experiences with the drug—and their incentives for using it.

Heroin-users routinely reported the drug provided “an exceptional high”, as well as helping to numb their feelings.  Cicero adds that the capability of opioids to dull emotional pain is one of the major things which compel a user to take them.

Three-thousand people are reported to die from heroin every year in the United States, with heroin overdoses rising 45% between 2006 and 2010.  Drug prevention education as regards the high risk of addiction to opioid prescription painkillers, and the link to heroin abuse is a vital part of stemming the increasing tide of young heroin addicts.

For more information on drug prevention, or for help with prescription painkiller or heroin addiction, please contact us today.