Should the Blood Alcohol Limit be Lowered 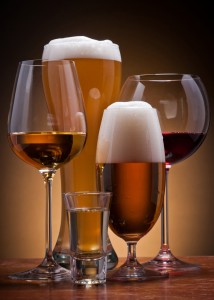 It’s likely a safe assumption that any group or organization seeking to lower the legal blood alcohol limit would be doing so in an attempt to increase the safety of drivers on the road, and to decrease the number alcohol related fatalities caused by drivers under the influence of alcohol.  Let’s take a look at some of the facts so that we can make a sound decision as to whether or not the lowering of the blood alcohol limit would actually be workable, accepted or even necessary to accomplishing a goal of keeping alcohol abuse off our highways.

The Blood Alcohol Content (BAC), or Blood Alcohol Level, is the measurement most commonly used to establish the degree of a person’s alcohol intoxication, for both medical or legal purposes. The blood alcohol content found in a person who has been drinking alcohol is usually expressed as the percentage of alcohol in the blood. For example, in the United States, a BAC of 0.10 means that 0.10%, or one tenth of one percent of that person’s blood, by volume, is alcohol.    Currently, in most states in the US, a BAC of 0.080 or more is considered legally intoxicated for driving.  At the same time, a BAC of less than or equal to 0.050 is not considered to be alcohol-impaired in most US states.  The issue of lowering the blood alcohol level specifically rests on these two BAC measurements, and the desire by those such as the National Transportation Safety Board (NTSB) to see the legal intoxication level lowered from its broadly accepted and current level of .080 to the lesser .050 limit, and to do so in all 50 states.

What Does the BAC Mean

For the purposes of understanding, and enabling an individual to decide if it is warranted to engage in a campaign to legally and officially lower the BAC, with the knowledge that each of the 50 states of the United States would determine and govern that issue independently, let’s take a look at what those BAC numbers translate into in the real world.

In most studies, a drink is defined as 12 ounces of beer, or 4 ounces of wine, or 1 ounce of 80 proof alcohol. (Alcohol proof is a measure of how much alcohol (ethanol) is in the alcoholic drink. In the United States, alcohol proof is twice the percentage of alcohol by volume. For example, 100 proof whiskey would contain 50% alcohol, by volume.  And 86-proof whiskey would contain 43% alcohol, by volume, and so on.) A BAC of .05, the lowered alcohol limit being sought by the National Transportation Safety Board (NTSB) equates to about one drink for a woman weighing less than 120 pounds, and about two drinks for a man weighing 160 pounds.

With that understanding, we can look at what those numbers and amounts translate to in terms alcohol impairment, and the resulting behavior one would expect to see as a result.

The Effects of Alcohol

If a person drinks enough one or two drinks, as per the information above, resulting in a BAC

in the range of 0.030-0.059, he or she would be likely to experience and exhibit relaxation, talkativeness, mild euphoria, and perhaps decreased inhibition.  His or concentration would be impaired.

If the person continued to drink, raising their BAC to a range of 0.06–0.09, he or she would be likely to experience and exhibit loss of inhibition or unrestrained behavior with disregard for cultural constraints, and blunted feelings.  There would be impairment of the person’s reasoning ability, peripheral vision, depth perception, and ability of the eyes to recover from glare.

Is Lowering the BAC Necessary

In the United States, between 1991 and 2011, the rate of drunk driving fatalities per 100,000 has decreased 49% nationally, and 63% among those under 21.  And that is very good news, an indication that as a society we are doing something right in our efforts to implement effective change, and to date it has been done without lowering the current BAC.  However with that said, lowering it could decrease these numbers even more.