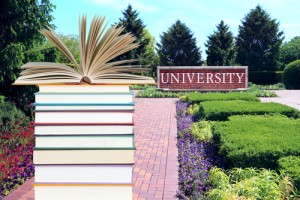 They are called “study drugs”, and have become an issue on college campuses nationwide.  “Study drugs” is the term referring to prescription drugs used with the purpose to increase concentration and stamina when facing study or cramming.  Study drugs are prescription stimulants being improperly used by the person having the prescription; or more frequently, being used illegally by a student who does not have a prescription.

Prescription drugs most frequently abused as study drugs include Ritalin, Concerta, Adderall, Vyvanse and Focalin.  Despite the fact that buying or using these prescription drugs without a prescription is illegal, it seems that students do not find it difficult to get their hands on them.

NIDA, the National Institute on Drug Abuse, reports that 20 percent of Americans who are over age 12 admit to abusing prescription drugs.  Seventeen percent of high school seniors admit to abusing amphetamines, which are among the numerous study drugs available for abuse.

A recent article featured in The Quinnipiac Chronicle online highlighted the issue of study drugs on campus.

Quinnipiac University, located in Hamden, Connecticut, is a private coeducational university.  Fifty Quinnipiac students recently responded to a Facebook-administered survey on prescription drug use, with 48 percent of the respondents reporting the use of prescription drugs as a study aid through their academic career.

A breakdown of the 48 percent using study drugs included the following data:

At the same time, 56 percent of responding students reported they felt the use of study drugs to be detrimental to their health.  Students also reported experiencing side-effects which included upset stomach, inability to eat, anxiety, mood swings, and extreme irritability.

The findings also revealed that students participating in Greek organizations or varsity athletics were more likely to abuse stimulant drugs.  The reason cited was additional stresses stemming from these extra-curricular activities.

A University of Michigan study found that 23 percent of those abusing stimulant prescription drugs experienced depression.  The depression is frequently linked to drug dependency stemming from the users’ inability to “feel the same” sans the drug.

Study drug use also raises the issue of academic integrity, and whether or not using drugs to “enhance” study performance is cheating.  Study drug use could also be considered an issue of moral integrity, as well.  Generations of students studied and achieved academic excellence at the university level without resorting to substance abuse and dependency as a solution to facing the challenges, stresses and life changes which are an integral part of achieving excellence—and growing-up.