Research Finds Surprising Trend on Who is Using Heroin 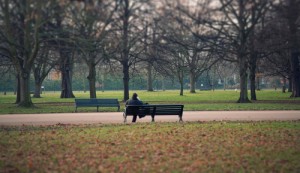 Thinking about who in society is using drugs can lead to falling back on stereotypes that are not accurate. For example, many Americans ten to think that the majority of heroin users are poor and live in inner city areas. While this is true for some heroin users, the truth is that the majority actually fit a completely different demographic.

According to recent research, 90% of all heroin users are Caucasian, and 75% of them do not live in cities. That means you are much more likely to live in small town American and use heroin than you are if you live in the middle of the biggest cities.

Getting hooked on opioids

Part of the reason for this trend is that there is a gateway drug to heroin. Heroin is an opioid, which means that it comes from a whole family of drugs that are derived from the opium poppy. These drugs all have chemical similarities and can have similar effects on the human body and mind.

One of those effects is the ability of opioid drugs to kill pain. For this reason, pharmaceutical companies take opioid substances and turn them into painkillers. Opioids are some of the strongest painkillers known to man, so doctors are supposed to take special precautions in prescribing them. For example, no one is supposed to use Vicodin or Oxycontin unless they are in severe pain that cannot be managed any other way.

These precautions break down for several reasons. Sometimes doctors are far too willing to prescribe a powerful drug for a condition that doesn’t really need it. Many doctors get bonuses and other perks from drug companies for prescribing a certain brand of drug, and there’s also the fact that giving a patient a powerful painkiller can get them out of the office faster.

Patients also abuse the system by specifically lobbying their doctors to get powerful pain pills. They have often abused these pills and become tolerant to the drugs or addicted, so they go back to their doctors and repeatedly ask for more. If the doctor starts to hold his ground and says no, these patients will often “doctor shop” and pretend to be a new patient to another doctor across town. If the doctors have no system to keep track of mutual patients, the patient can get away with filling far too many prescriptions.

The problem with pain pills

Prescription painkillers can be just as deadly as heroin or other opioids, but that’s not what addicts usually focus on. The problem that they see is that pain pills are usually incredibly expensive when they are purchased from a drug dealer. Getting them from the pharmacy can be reasonable, but if doctors start to cut them off, they can feel like they have nowhere else to turn. Since these pills can cost $50 to $100 or more, these suburban drug addicts will start to look elsewhere to get their highs.

That elsewhere usually leads right to heroin. It is similar enough to their current drug of choice that they can get the same type of high, but there is one major advantage that makes it preferable: heroin is a whole lot cheaper. One hit of the drug can be as cheap as $9. That’s often a $90 discount over what they would pain for pills.

In the end, it’s a no brainer that so many new heroin addicts are being made every day. Major change can happen with education and treatment, however. With competent and caring rehab they can all be helped to live a healthier, more satisfying life.