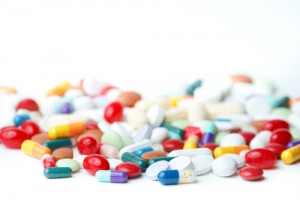 The National Prescription Drug Take-Back Day is designated each year to give people a chance to empty their home medicine cabinets of any expired or unwanted prescription drugs they might have. These drugs are dangerous in a couple of ways. Small children might take them, not knowing what they are, thinking they are candy.

Teenagers and adults, on the other hand, may know exactly what they are, and abuse them. There are stories of teenagers (and adults) raiding the medicine cabinets of friends and neighbors to get high. A prescription that a doctor writes for a drug usually gives an exact dosage for the drug, and how often it is to be taken. This is a safety factor – the doctor never gives an unlimited supply of the drug, and the doctor has to renew the prescription, presumably after checking on the patient.

Left-over prescription drugs sitting in a medicine cabinet could be very tempting to some people. Dumping old drugs down the drain is also not recommended, as drug residue is starting to show up in the environment from some wastewater streams, and in some water supplies, as shown by analysis. People will also search through trash, looking for drugs or medications that have been thrown away. The Prescription Drug Take-Back Day gives a safe way to dispose of these old or expired drugs.

Drug Take-Back Days have been extremely successful. On the November 2013 Drug Take-Back Day, people turned in 647,211 pounds (324 tons) of expired and unwanted medications at 5,683 take-back sites across all 50 states, the District of Columbia, and U.S. Territories, such as Puerto Rico. 324 tons, for example, is about the weight of 30 average school buses. Since the start of the Drug Take-Back events (seven so far), over 3.4 million pounds (1,733 tons) have been turned in. That’s a lot of drugs! And when you consider that’s the amount that was thrown away, it might be food for thought on how over drugged and over medicated our whole society has become!

In any event, recent studies have found that prescription drug abuse has reached epidemic proportions in the United States. More people in the US abuse prescription drugs (almost 6.8 million) than the total of people using cocaine, heroin, inhalants (Inhalants are ordinary household products that are inhaled or sniffed by children to get high, such as cooking spray or nail polish remover) and LSD, based on the 2012 National Survey on Drug Use and Health.

It has been reported that teenagers have a misconception that if they abuse a prescription drug, it is safer than using street drugs. After all, a doctor prescribed it, right? They have not been thoroughly educated on the idea that all drugs are basically poisons, and that if you take to much, they can kill you.

That’s true for every drug, whether legal or illegal. Some medical professionals feel that easy access to prescription drugs in the medicine cabinet contributes to kids starting to abuse drugs. Any activity, such as the Drug Take-Back Days, that can limit the amount prescription drugs available, can help cut down the rate of abuse and addiction.