Poly Drug User With 10 Year Addiction Gets Clean Through Narconon 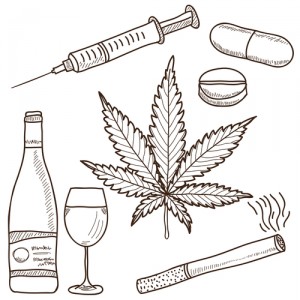 An individual who is abusing drugs and alcohol often understands that something has to change.  The problem is that they can’t usually change on their own and they don’t always get the help they need.  In some cases, the substance abuser begins to feel that they have only two options: prison or overdose-related death.  They have long since stopped feeling that their life is a life at all; everything they do is to obtain and use more drugs.  They lie, cheat, steal and feel certain that there is no way out.  Fortunately, even a poly drug user who has abused drugs for ten years can be effectively rehabilitated.

Ten years of poly drug use had left Ashley close to death.  Not only was her body saturated with cocaine, heroin, ecstasy and alcohol, Ashley had been suffering from Type 1 Juvenile Diabetes since she was three years old.  She knew that she had to stop taking drugs, but she simply couldn’t.  She even participated in two separate 12-step rehabilitation programs, but returned to drug use immediately after leaving the facilities.  It was no question about whether or not her body could take anymore, it was simply a matter of how much longer it would hold out.

Ashley enrolled in the Narconon program in October of 2006.  She found the staff to be amazingly kind, caring and supportive.  Her first step was to work with a doctor to establish the correct diet, vitamins and insulin supplementation that would help her control her blood sugar levels.  Within seven days of beginning her new diet and vitamin regimen, Ashley’s body was healthier than it had been in ten years.

Ashley participated in a sauna detoxification program to rid her body of the residual drug toxins it had stored.  It was after completing her detoxification that Ashley finally experienced relief from the overwhelming cravings that had kept her trapped in addiction for a decade.

With her body once again drug-free, Ashley was able to free her mind to address and resolve the underlying reasons for her drug use.  Now free from any guilt, shame or embarrassment, Ashley moved on to life skills courses.  She learned how to be aware of her present environment instead of focusing her attention on the past.  She learned how to spot the dangerous personalities around her that could lead her to make poor decisions or choices.  She learned how to recognize and improve the conditions in her life so that she could live happily, healthily and productively, setting and achieving whatever goals she wanted.

Ashley says that the Narconon program turned her into a different person.  She found that she possessed more energy than she had previously thought.  Once entirely forgetful, Ashley began to remember things again.  Most importantly, she was no longer hurting the people she loved.  Seven years later, Ashley is still immensely grateful to Narconon for the help and support they gave her.  No matter what she needed or when she needed it, the Narconon staff were right there to help her.

The Narconon program is very unique, and one of the most successful rehabilitation programs available in the world.  The proof of their success is in the thousands of individuals Narconon has helped over the past forty years, no matter how many substances those individuals once abused, or how many other rehabilitation treatment programs failed to help them resolve their addiction.  It allowed Ashley to save her life, change how she lived, and pursue her goals, despite the many odds she faced.