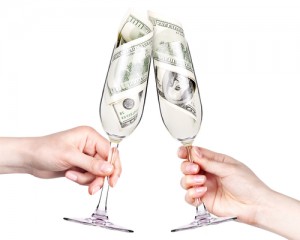 One English language dictionary defines stress as a nervous or worried feeling which prevents a person from relaxing.  Common sources of stress stem from pressures at work, personal problems or financial problems.  To this could be added the stress of physical illness, or a general sense of not feeling well physically or mentally.  For many, family relationships or issues can be a source of stress.  Toxic relationships can be a major source of stress. What can be known is that in our fast-paced, rapidly changing and highly technical society, there are numerous and varied sources of stress which we all experience to a greater or lesser degree.

Recent study research out of the University of Georgia revealed that stress-related effects can change the way in which heavy drinkers seek alcohol.  The study also found that stress influences the amount heavy drinkers are willing to spend in order to get alcohol.

James MacKillop, co-author of the study and formerly an associate professor in the University of Georgia psychology department; teamed-up with a Franklin College of Arts and Sciences graduate student, Max Owens, to analyze the ways recent life events affect a drinker’s motivation to buy and use alcohol.

According to MacKillop, study interest was based on “behavioral economics”, combining aspects of economics and behavior as a measurement tool.  The study sought to measure a person’s motivation for getting and using alcohol, as well as other drugs.

The study findings revealed that acute stress increases both the desire for alcohol, and its value, in several ways.  Study participants reported that, following stress, they were more willing to spend more on alcohol.  They were also more willing to drink to higher cost.

Study co-author Owens reviewed data on heavy drinkers who had not sought treatment, and had scored 8 or higher out of 40 on an AUDIT (Alcohol Use Disorders Identification Test).  Frequently used in addiction research, AUDIT scores are used as an indicator of risky and/or harmful alcohol use.

Heavy drinkers were found to increase their consumption of alcohol from recalling life events which were stressful.

The research study found that after being exposed to stress, the willingness of individuals of varying income levels to spend more on alcohol increased.

For the study, selected heavy drinkers participated in two lab sessions.  The first session entailed describing both neutral and stressful life events.  The described events were then written and recorded in detail.

The second session entailed exposing the study participants to the recordings taken from their first lab visit, one of the neutral events, and the other of the stressful events.

Following each exposure to a neutral or stressful event, study participants assessed their urge for alcohol and what steps they would take to buy it.

Stress was identified as a common trigger leading to both problematic drinking, and post-treatment relapse, according to MacKillop.  A more complete understanding of the stress-drinking relationship might ultimately help to improve alcohol abuse treatment, he says.

It is hoped by study authors that the finding of this study can contribute to a better understanding of alcohol addiction, and its treatment.

When the human mind and its function is truly understood, how to resolve the problems of the human mind—including substance abuse and addiction—will also be truly understood.  From that understanding will stem consistently workable addiction treatment that need not use substitute drugs, and which does no harm.