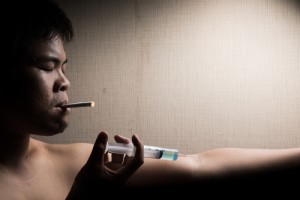 The United States is diverse, and each of its states is unique.  A number of mainland states are referred to as Tri-State areas—those areas connected with a particular metropolis (big, densely populated city or urban area) or atown that lies across three different states.  One of the more well-known tri-state areas is the Cincinnati Tri-State, which includes Ohio, Kentucky and Indiana.

Heroin in the Tri-State

Once referred to as Greater Cincinnati, the metropolitan area of Cincinnati-Northern Kentucky includes counties in the three states of Ohio, Kentucky and Indiana; all of which are around the city of Cincinnati itself.

Also known as the Cincinnati-Northern Kentucky metropolitan area, it had a population of more than 2, 100,000 as of the 2010 census, and ranks as the 27th largest metropolitan area in the United States.

A northern Kentucky reporter recently made known that heroin overdoses in this Tri-State area are becoming increasingly worse amongst the Caucasian demographic specifically.  According to the investigative report, local medical and law enforcement personnel report that more Caucasians—whites—are dying from heroin overdose than are other races.

The report reveals that Kentucky experienced more than 200 heroin overdose deaths in 2013; nearly 90 percent of whom were white.  A doctor in Northern Kentucky attributes the spike in heroin-overdose deaths to the recent crackdown on prescription painkillers which had been commonly distributed in “small, white-town suburbia.”

A 2012 house bill had tightened restrictions on prescription painkillers which, according to Dr. Mina Kalfas, allowed the drug cartels to move into a “ready-made market for heroin”, only needing to supply the demand.

Heroin-related arrests in the Tri-State area, however, are more common amongst blacks.  2013 statistics from the Kentucky Office of Drug Control Policy & Kentucky Medical Examiner reveal that 54 percent of the heroin-trafficking arrests were blacks–and 46 percent were whites.

In the city of Cincinnati itself, 74 percent of the heroin-related arrests were blacks; and 25 percent, whites. (2013)  The study did not show-up clear reasons for the different race-bases statistics.

However, the Kentucky Chief of Police points out that the heroin dealers in Cincinnati and Northern Kentucky are not ordinarily using the “toxic heroin” they are selling on the streets themselves.  That is not to say the heroin dealers aren’t using their own drugs of choice—but it’s not heroin.

The April, 2014 Ohio Governor’s Cabinet Opiate Action Team’s Epidemiological Report cites white Ohioans as the demographic which continues to be at the greatest risk for fatal drug overdose, regardless of the substance.

While some professionals continue to mull over why it is that the social divide with heroin exists between the whites and blacks, a nurse manager who oversees heroin overdose admissions at St. Elizabeth’s Fort Thomas Emergency Department  compiled a study on St. Elizabeth emergency room admissions for heroin overdoses.  It showed 96 percent were white; and only 3 percent, black.  The remaining 1 percent were designated as “other.”

It is speculated by some that the crackdown on “pill mills” in Kentucky is likely what lies behind the distinct racial division between blacks and whites on the issues of heroin addiction and overdose.

The National Survey on Drug Use and Health (NSDUH) reported that while the number of people abusing prescription painkillers dropped in 2010 and 2011, heroin use was on the rise.

According to the Substance Abuse and Mental Health Services Administration (SAMHSA), 30 of the 39 states reporting drug-use data in 2011reported a surge in rates of heroin abuse in the state.  Furthermore, 80 percent of those who used heroin had also abused prescription painkillers. (2102)

The Link Between Heroin and Prescription Painkiller Abuse

Heroin abuse can be overcome.  For those needing help with addiction to heroin, please contact us today.