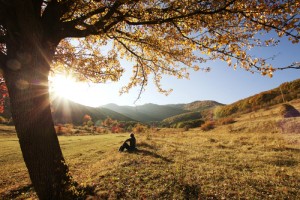 It’s an obvious truth that some drugs are more powerful and deadly than others. While it’s not a good idea to start using any drugs, there are factors at work that can cause some drugs to merely deteriorate your health, while others will actually kill you. A category of drugs that falls into the latter drug is prescription opiates.

These are drugs that were designed by pharmaceutical companies as painkillers. Many Americans complain of chronic pain from injuries and other medical conditions. Instead of helping these patients discover and handle the root of this pain, many doctors are far too willing to simply give them drugs to make the pain go away for a while.

Prescription opiates do a great job of masking that pain under a euphoric, fuzzy feeling that can last for hours or even all day. The problems, however, are that these drugs don’t actually do anything to handle the root of the pain, and they can actually cause more trouble than the original problem that the patient was trying to solve.

This is because the drugs have to be continuously taken to continue to see the desired effect. It’s like bailing water out of a boat that has holes in it. These painkillers will help you keep on removing the water (or dulling the pain, in this case) but the moment you stop taking them your boat is going to sink.

You’ll be right back in the original situation of being in intense pain, but you may have the added undesirable effect of having become dependent on the drugs that are supposed to be helping you.

Getting Addicted to Painkillers

Millions of Americans have prescriptions for these powerful opiate drugs, and a large percentage of those people have discovered what taking an opiate for a long period of time does to your body. These drugs mess with the release and re-absorption of dopamine and other “pleasure” chemicals in your brain. When you force the brain to act unnaturally for too long, it starts to warp into an unnatural system.

One of the effects is that your brain will start to act like it needs these drugs in order to function normally. If you stop taking them for any reason, you can start to feel the incredible pain and other bodily symptoms of opiate withdrawal. These are the same feelings that heroin addicts have if they try to stop using their drug of choice.

An even more devastating effect of these drugs is that users will use them in ways that they are not intended to be taken. For example, they will crush up the pills into a powder and then snort it like cocaine. Or, they will mix it with water, draw it into a hypodermic needle and then inject it like heroin. Using prescription opiates in this way works to bypass some of the safeguards that manufacturers have put in place to try to keep patients from abusing the drugs. Instead of a gradual release, the drugs go right into your bloodstream and into your brain, causing an extremely powerful high.

Because users are taking these drugs in a way that they were not intended to be used, another result is that they can take far too much at one time. These drugs subdue your body’s systems to the point that you can stop breathing and lose consciousness and even die. Reports are now coming in that over half a million Americans are dying every year due to overdoses on these drugs. If we want to keep our communities safe and turn this trend around, we have to get everyone we know to start realizing just how dangerous these drugs actually are.