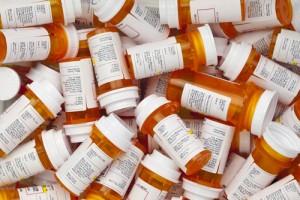 SAMSHA, the Substance Abuse and Mental Health Services Administration, takes an annual survey of the non-institutionalized, civilian population aged 12 years or older in the United States.  It is called the National Survey on Drug Use and Health (NSDUH), and the 2012 NSDUH found that nearly twice as many Americans are abusing prescription drugs than heroin, hallucinogens, cocaine and inhalants combined.

The prestigious Purdue University, located in West Lafayette, Indiana, recently did a research study on the sale of illegal prescription drugs.

Indiana along with other states inundated by the epidemic of prescription drug abuse are seeking ways to effectively curb the epidemic of abuse, and the new research data provided by the study gives insight into who is selling these highly addictive narcotic drugs.

According to one Purdue assistant professor of sociology, Mike Vuolo, the last two decades have shown a sharp rise in prescription drug abuse; with those most likely reporting abuse of these drugs to be young adults between 18 and 29 years of age.

The research study also found that young adults who, regardless of educational background, are participating in the college bar scene are almost three times more likely to be selling prescription drugs.

Vuolo notes that there has been an excess of focus on the poor-neighborhood open-area drug markets; and that we are now finding out that if in order to really put-in some level of social control on the prescription drug markets, the focus really needs to be on a place “like the college bar scene.”

Furthermore, researchers found an association between the frequency of abuse of painkillers, sedative and stimulants—and the odds of selling these drugs.  Research also showed-up the fact that young adults coming from the wealthiest families who are abusing (mis-using) prescription drugs are 23 percent more likely to be selling them than are their upper-middle-class peers.

Purdue’s Center for Research on Young People’s Health director, Brian Kelly, notes that drug markets exist broadly around the country, as well as in all social classes. He also notes that the recent research findings are important due to the fact little is known about the young people who are the selling the drugs, and how the drugs are being sold.

Kelly points out that there has been a wide range of research as to harmful outcomes of prescription drug abuse; but noting that it is particularly important to look at how young people are getting these drugs; and how that information might be used to intervene.

A key factor in preventing the use and abuse of prescription drugs is drug prevention education.  Young people need to know the real dangers of using and abusing these highly addictive and potentially deadly narcotic drugs.

NIDA, the National Institute on Drug Abuse, has created PEERx, a free, online educational site designed to educate teens in grades 8 through 10 on the dangers of prescription drug abuse. Available on the site is a series of videos, fact sheets, downloads, and activity guides.

The Foundation for a Drug-Free World provides an online resource of drug prevention education materials, providing educators with practical tools which they can use to give our youth solid facts on the truth about drugs and drug use, and enabling them to make the choice to live a drug-free life.

Whether we are researchers, educators, teachers, parents or a simply a concerned human being, we all share the responsibility to do our part in educating our youth as to the very real dangers and consequences of substance abuse, thus providing them the opportunity to make the right choice and live life without its damages and consequences.