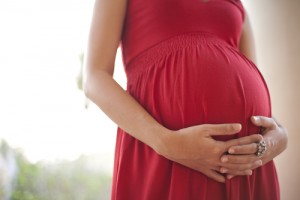 Medical doctors have always recommended abstinence from drug and alcohol use during pregnancy, except for medically prescribed substances recommended during the pregnancy.  Prior studies into the relationship between substance abuse and instances of stillbirth mainly relied on the pregnant woman’s self-reporting, but new research has based its more precise findings on actual measurements of drug chemicals found in umbilical cords.  Research funded by the National Institutes of Health has indicated that smoking tobacco or marijuana, taking prescription medications, or using any illegal drugs during pregnancy can lead to complications, including damage to the fetus and an increased risk of stillbirth.

Effects of Drugs on Pregnant Women

The carbon monoxide and nicotine from tobacco smoke can readily affect a human fetus more quickly than an adult human.  These chemicals have been proven to interfere with the fetal oxygen supply, the concentrations of these chemicals quickly reaching higher levels in the fetus than in the mother’s body.  Research has proven that smoking during pregnancy increases the risk of stillbirth, infant mortality, Sudden Infant Death Syndrome, preterm birth, respiratory problems, low birth weight and more.  Studies have also shown that when a pregnant mother smokes excessively during pregnancy (a pack a day or more), their child’s risk of becoming addicted to tobacco is doubled.

Whether it is commonly believed to be so, alcohol is a drug.  It is a chemical that interferes with and alters the functions of the human body, including sensations and reaction time.  Because the design of a woman’s body during pregnancy is such that it allows her baby to digest whatever she is consuming, a pregnant woman who drinks alcohol is essentially giving alcohol to her baby.  Research has proven that drinking alcohol during pregnancy can increase the risk of low birth weight, problems with the infant’s ability to see, eat, hear, see, learn and more.

Illicit drugs like cocaine, marijuana and heroin are commonly believed to be among the most damaging drugs available today.  A woman who uses illicit drugs during pregnancy increases the risk of a having a stillborn child, a low birthweight child, or a child with developmental problems including impaired attention, language, learning skills and more.

Over a two year period, women delivering at fifty-nine hospitals in various areas of the United States participated in a study to determine the connection between drug and alcohol use and an increase in stillbirth and health damages to a live infant.  Researchers tested blood samples in the women and in their umbilical cords post-delivery to measure the exposure passed along to the infant.  The women were also asked to report drug use during the course of their pregnancy.

One important thing to keep in mind during pregnancy is that an entire human body is being created, from scratch, inside the mother’s body.  Like a seedling, this tiny, helpless fetus needs a lot of love and care to grow properly.  Drugs do not allow the human body to function normally, so it is easy to understand why they can entirely destroy a human body that is trying to develop.  The safest rule is to practice total abstinence from all alcohol and drug use during pregnancy, and seek professional help if one finds it difficult to do so.  It is only fair to this tiny being that they get a healthy beginning to life.