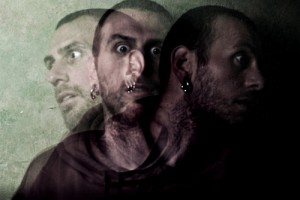 No one can deny that marijuana is becoming more popular in America. More and more laws have been passed over the last few decades to make marijuana legal in one form or another in almost half of America. The media has been complicit in spreading the narrative that marijuana is safe and non-addictive drug that should be just as common and easy to purchase as alcohol.

This viewpoint contradicts years of medical and scientific research that show marijuana is harmful to the mind and body, but that isn’t stopping advocates from continuing to argue for weed’s legalization in more and more communities.

What will be needed to stop this harmful trend? The public has to learn about just how much damage this drug causes, and new research from the University of New South Wales may help that happen.

The Real Effects of Marijuana on the Mind and Body

This recent study looked at the effects of marijuana on almost 4,000 people in Australia and New Zealand. It looked at young people under the age of 17 that didn’t use the drug and those that did. It examined a broad range of users and non-users for thirteen years, all the way up until the subjects turned 30. The study sought to find out how many of these subjects attempted suicide, and how many completed high school and college by the age of 25.

The results were astounding. Young people that smoked marijuana were seven times more likely to commit suicide than those would never smoked. For those that didn’t take their own lives, pot smokers were also 60% less likely to finish high school. They could also be found to use other illegal drugs in their 20s at a rate eight times that of non-pot smokers.

Parents Should be Concerned, and the Press Should Take Notice

To any parent that is worried about his teenagers trying weed, the results speak for themselves. This most recent study was so comprehensive and conducted over such a long period of time that there’s really no way you can argue with it. Marijuana damages our minds and bodies significantly.

Even if the damage isn’t so great that the user eventually wants to take his own life, it can still hurt his prospects of completing his schooling. The drug use advocates that have lied about marijuana not being a “gateway” drug also have to face their falsehoods. The truth is that young people that try this drug are much more likely to then get into harder drugs, and these harder drugs often lead to fatal overdoses.

This research also shows just how foolish marijuana legalization initiatives are. While illegal marijuana is damaging to the public, legal marijuana is no better! It still harms everyone that uses it. Just because other drugs like alcohol and cigarettes are legal does not mean that we should make more damaging drugs available. We all need to take a step back and examine the scientific evidence for what it is – proof that these drugs are harmful.

By spreading the word every time a new weed legalization initiative comes up, we can start to turn the tide and put truth in the place of all the lies that are being spread. When this happens, we can start to make our country healthy and sober again.