New Review From A Mom On Our Treatment 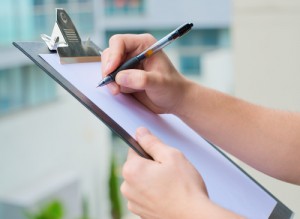 Working in the drug rehabilitation field is a challenging profession.  As with any profession that deals with the realities of human failings, and the sometimes darker side of human nature and all its potential liabilities, it at the same time provides enormous personal reward to know you were a vital part of actually saving someone’s life.  And that that life saved contributes to the happiness and well being of the many other’s lives who share it.   It is like the pebble dropped in the water, with the ever-widening ripples reaching to the furthest shores, touching lives of people you may never meet.  It is the magic of truly helping another.

A Mother’s Narconon Review: The Story

This review is one of those rewards for the professionals of Narconon Arrowhead, working day-in and day-out to save lives from substance abuse, and helping those who complete the drug rehabilitation treatment program set their feet firmly on the road to maintaining their sobriety and living a productive and good life.

This mother has a daughter who had been abusing drugs since the age of 13.

Although she was not wanting to see the signs of substance abuse that were there, she was able to see her daughter struggling with emotions, with choosing the wrong kind of friends , and choosing boyfriends who were manipulative.  As it would with most any Mother, it left her feeling afraid for her daughter, and helpless.

She watched her daughter descend the spiral of substance abuse, deteriorating from a beautiful, compassionate, intelligent and loving daughter, destroying herself and her future.  As parents, they tried to find suitable rehabilitation centers.  Because her daughter did not yet want help, the rehab facilities would not accept her.

Due to one particular incident at an emergency room, her daughter begged for help.

Taken by ambulance to a detox, her parents believed their daughter would finally get the help so desperately needed.  But in this particular detox, their daughter was started on three new prescription drugs, not a solution for an addict.  Following this, there was another round or two of rehabs which offered only group discussions and worksheets, again not workable rehabilitation for this young woman.

This mother, still desperate and still unwilling to give-up, found Narconon Arrowhead on the internet.  When she contacted them, she found them to be helpful, understanding and willing to accept her daughter.  It was the beginning of a tough time for her daughter, but staff did not give-up on her either, even when she did things in an attempt to get suspended from the center.  The Narconon Arrowhead staff continued to do their job, and gave her daughter the emotional support which she needed to make it through the tough times.  And this young woman successfully completed the full drug rehabilitation treatment program.  According to her Mom, Narconon Arrowhead saved her daughter’s life.

For more than twenty years, SAMHSA (Substance Abuse and Mental Health Services Administration) has recommended monitoring graduates.  The monitoring remains an important aspect of recording and measuring results-oriented performance in the field or rehabilitation.

Narconon Arrowhead has stepped to the plate, and taken those recommendations to heart.  For more than six years, the center has done much more than a general follow-up with those who completed their drug rehabilitation treatment program, and implemented a standardized follow-up procedure, Routine Outcome Monitoring.

According to Gary Smith, the Executive Director of Narconon Arrowhead, the outcome monitoring system being used at the center is much more than simply tracking the outcomes of their graduates.  It includes the creation of a definite discharge plan, and a sound after-care program.  He added that his staff maintain regular contact with individuals who completed the Narconon Arrowhead program, finding out how each person is progressing along with their implementation of their own persona discharge plans.  In this way, Routine Outcome Monitoring serves to keep the organization focused on ensuring that the graduates needs are being met.

And as part of this Mother’s story, there is another aspect to this results-oriented ending.  Her daughter took advantage of a highly successful and very unique  aspect of Narconon Arrowhead’s strong after-care program, staying-on at the center for the Training Program where she will get professional training in the field of alternative drug rehabilitation treatment, thus becoming employable there, and taking part in helping other as she was helped.

Click here to see the full Narconon review or to check out our other results.