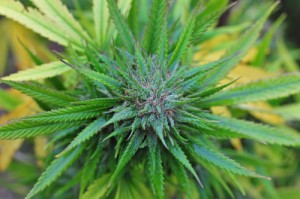 A recent online article Chicago-based Post-Tribune featured a September 19th meeting of approximately 120 individuals who came together to discuss why it is that people use the drug, marijuana.

The event was sponsored by local substance-abuse councils, and named “The Blunt Truth About Marijuana.”  The organizers of the summit hoped it would be the beginning of an ongoing and working partnership amongst the participating councils–which included the Lake County Substance Abuse Council, the Porter County Substance Abuse Council and the LaPorte County Drug-Free Partnerships.

Director of the Porter County council, Beatrice Owen, noted that the issue of marijuana is “coast to coast”, and it being of vital importance to “get ahead of the curve” in an effort to protect the youth of Indiana.

Sandra Porter-Phillips, who in 1989 established Lake County’s teen court program, noted that while she is in favor of “focusing on the ills” of pot, she at the same time asks the question, should we not be looking at why it is that individuals “self-abuse drugs”; and why it is that they seek to alter their state of mind.

A question was posed to the panel regarding how a parent should respond to a question posed by a teenager as to whether a parents would prefer they use marijuana—or heroin.  Panelists responded with the answer that they would tell that teenager that both are illegal drugs.

Another panel member pointed-out that drug prevention tends to maintain a focus on whatever “the drug of the day” happens to be; including cocaine, meth, heroin and pills at different times.

The panelists cited peers, family and community as risk factors for drug use, with community factors including drug availability.

A recently released publication, The Life Cycle and Mechanics of Addiction, authored by Gary W. Smith of the Oklahoma-based residential rehabilitation center, Narconon Arrowhead, details why it is that people use drugs.

Drug use begins with a problem, or some form of physical or emotional pain the person is experiencing; or some discomfort.  It is a problem which causes the person emotional or physical pain for which he or she has no immediate answer—no immediate solution.

For example, it may be a problem of “not fitting in” socially; or a problem of physical pain from a bad back or a broken bone; or from suffering painful losses in life.

Whatever the origin, the pain or discomfort experienced presents the person with a real problem—major and persistent and one without relief or solution.

It is for these reasons that some people will begin to use alcohol or to use drugs that have the potential to be addictive.  These reasons span age groups, gender, and other socio-economic factors.

With the use of the alcohol or the drugs, the person feels relief from the discomfort, albeit temporary.  As a result, the drug or the alcohol is adopted as a solution to the problem; with the person thus placing value on the drink or the drug.

It is this assigned value which is the only reason the person will ever drink alcohol or use drugs a second, third or more times.

In its simplest terms, the bigger the problem experienced by the person, the greater the discomfort she or she will experience; the more importance the person will place on relieving it; and the greater will be the value assigned to that which brings the relief.

And it makes sense that an effective effort to curb marijuana use will only stem from an understanding of what truly causes it.