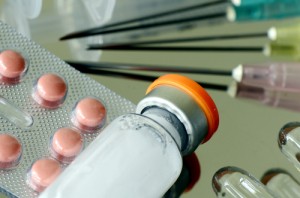 There is yet another new law afoot, and an ominous one.  With so much happening in our world and in our lives, such a proposed law can go unnoticed as it quietly makes its way through the legislative channels; suddenly becoming a life-changing law with untold ramifications far into the future.  It is a proposed law which affects every single one of us, our children, our grandchildren, and ultimately has the potential to change the very nature of a free society.

Formally titled, H.R.3717 – Helping Families in Mental Health Crisis Act of 2013, it has been dubbed Murphy’s Bill, so named as it was sponsored by Representative Tim Murphy of Pennsylvania.

At first glance it could lead a person to believe it was designed to be helpful to Americans, but a closer look reveals that to be very far from the truth.

In Congress at this writing, H.R. 3717 provides for federally enforced mental health treatment and commitment.

Additionally, it proposes 29 million of our taxpayer dollars go into enforced “mental health treatment” for Americans of all ages throughout the United States.

·         It provides for the use of social media to promote mental illness to children in our schools.

·         It provides for doctor training programs to “evaluate” infants 12 to 36 months of age, as well as preschool children.

This ominous piece of legislation now bearing down upon us provides for enforced outpatient and court-ordered treatment for person’s who have a history of violence, who have been incarcerated, who have had “medically unnecessary hospitalizations”, for anyone potentially a danger to themselves or others, homeless people, or anyone with a “mental health history.”

This bill provides for the training of law officers and correction officers in spotting “mental illness” and to “intervene”.

If that were not enough, H.R. 3717 includes provisions for drug testing, mental health treatment and “alternative to incarceration” for individuals who violate laws, and for our veterans who have broken a law or were discharged from the military other than under honorable conditions.

What is the “alternative to incarceration” being offered to this group of people?  Instead of jailing the above targeted individuals, they would be drugged.

The violation of our freedoms as Americans and our fundamental human right to choose and decide for ourselves how we will be treated or whether or not we will take drugs is seen to be seriously jeopardized by Murphy’s Bill.

H.R 3717  provides a looser definition and more all-encompassing federal criteria for involuntary commitment, and as has been the nature of so much recent legislation over the past few years, its wording leaves it open to interpretation for those implementing commitment against a person’s will.

To wit, Murphy’s Bill defines persistently or acutely disabled as:

If not treated, the illness has a substantial probability of causing the individual to suffer or continue to suffer severe and abnormal mental, emotional, or physical harm that significantly impairs judgment, reason, behavior, or capacity to recognize reality’.

And yes, this could be interpreted as a person who doesn’t want psychiatric treatment, including psychiatric drugs or enforced commitment.

We are a country already overburdened with debt and out-of-control spending.  With the current economic climate, there are likely very few of us who have not felt the impact of it in our lives, and upon our futures.

It will drain our financial resources at an additional annual rate of $29,738,000 over and above the billions already being poured into unworkable programs that have not resulted in a better, safer and saner world.

Yet the monetary cost pales in comparison to the cost of our freedom of choice, and the consequences to our children’s future.