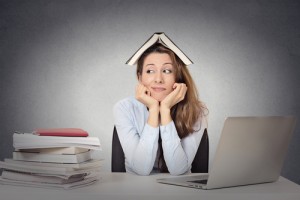 Recent research reveals that many are aware of the problem of students using study-enhancement drugs.  One online article on the subject cites this type of drug use as a social norm that seems difficult to break; and there seems to be no one taking effective action to do something about it.

Research also reveals that as the week of final exams approaches, student use of non-prescription “study-enhancement drugs” escalates, with students relying on these chemical substances to get them through finals week.

The research done in conjunction with WELLWVU, The Students Center of Health, used interviews and online surveys to acquire an extensive amount of needed information; with the primary research report weighing-in at 55 pages in length.

The drug Adderall was found to be most prominently used on the East Coast, the Southeast, and on college campuses.  Adderall, the brand name for the prescription drug commonly given to children and youth as a treatment for ADHD (Attention Defecit Hyperactivity Disorder) is a combination of two stimulant drugs—amphetamine and dextroamphetamine.

One research group member noted that the effort has become more of a health-intervention campaign with a focus of positively influencing students with increased awareness of healthy lifestyle habits which include healthy study habits.

Researchers found that “study-enhancement drugs” pervaded the college campus, at least in West Virginia; and even those students who were not actively using the drugs were familiar with their use.

The ultimate message the group wants to deliver to students is:  if the drugs are not their prescription–they are not their answer.  Furthermore, it is being emphasized that the apparent short-term benefits of taking “study-enhancement drugs” does not outweigh the long-term risks.

Part of the effort to raise awareness and bring about change includes the use of study packs, and the use of social media to spread the word.  The use of Twitter also permits the interaction which college-aged students are accustomed to; and allows students to discuss ways to remain healthy and stress-free without the use of drugs.

Educating college-aged youth to the risks and dangers of using Schedule II controlled substances in an attempt to increase their ability to study and manage the stress of final exams is vital.  Effective drug prevention education has a long history of workability, and providing children and youth with the facts regarding drugs and drug use is a vital part preventing substance abuse and addiction.