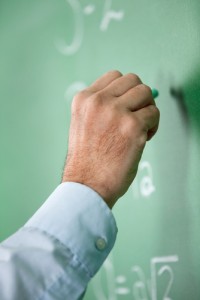 Drug abuse is a worldwide problem, and no country or its population fully escapes the ravages of substance abuse.  Therefore, on December 7th in 1987, the General Assembly of the United Nations chose the 26th of June as the day each year to be observed as the International Day against Drug Abuse and Illicit Trafficking.  In a concerted effort to join forces worldwide, and in the spirit of cooperation for the benefit of mankind, it reaffirms the goal and the hope of achieving an international society, free of drug abuse.

It is known that the world drug problem continues to pose a dangerous and very serious threat to humanity, especially our youth who are the most vulnerable.   In addition to the cost in human suffering, the pervasive damage adversely affects the areas of the economy and political stability, as well as national security.  To wit, the current need for the United States to close its southern border to drug trafficking, as well as to staunch the flow of illicit drugs entering the Northeastern states via Canada.  And each nation has its immediate concerns, based on its culture, geographical location, resources and the type and nature of the drugs and drug trafficking for each particular area of the world.  The United Nations Office on Drugs and Crime (UNDOC) continues to work on international drug control, urging the governments of the nations of the world to lend their financial and political support to assist them in expanding and strengthening the organization’s effectiveness.  But the world is a very big place, and it encompasses a myriad of cultures and languages, and differing socio-economic and political systems.  It can be overwhelming, both the size of the world, the number of people needing help, and the severity of the scourge of drug abuse and trafficking.  Is there anything effective that we can do, right here and now, right where we are and with the resources that we have? The answer is, “yes we can.”

The old truism that an ounce of prevention is worth a pound of cure is so very true when it comes to the subject of drug use and abuse.  Drug education and prevention is the workable solution, which we can all be a part of, no matter who we are or where we live.  It is something each one of us can do, and we can effectively help those who have made it their life’s work to save our children and our youth from the ravages of drugs by doing our part.

The Narconon Arrowhead Drug Education and Prevention Program provides drug education programs throughout Oklahoma, Texas, Arkansas, Louisiana and Kansas, as well as very effective training to others in the area of drug education and prevention.  Some hard, cold facts as to the magnitude and severity of our drug problem is the fact that there are currently over 25 million drug users in the United, and the average age in our current culture when children begin using drugs and alcohol is now only 12-years of age.  Based on that, it is apparent that we need to reach our children at a young age, ensuring they have the facts, and can make an educated and informed decision when each one of them is faced with the decision to try-out drugs or alcohol, or not.

Narconon Arrowhead’s professional speakers are well trained and highly skilled in the methods of presenting the truth to children and youth in ways these young people can relate to, and can understand.  It is this knowledge and understanding, which will enable each young person to make wise decisions and good choices.  Providing proven, effective drug education information and materials to schools and groups since 1987, their Drug Education Lecturers have spoken to over 1,000,000 children in the United States alone.

To learn more about a Narconon Arrowhead drug education presentation, or how you can lend a hand, please contact their Drug Education Department at (800) 468-6933.