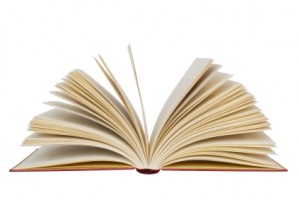 It is clear that there is a problem with the present criminal justice system. According to a new article, federal prisons in the U.S. hold 60 percent more prisoners that they were designed for. With matters of major overcrowding, there needs to be a change. Attorney General Eric Holder has suggested that low-level offenders of drug related crimes be sentenced to drug treatment and community service programs as an alternative to prison time. While this may come with some opposing opinions, it could just be the answer to curtailing drug related crimes, as well as the use of drugs altogether. Holder stresses the fact that prison time is meant to “punish, deter and rehabilitate” and that these criminals must be helped to change their lives, not to just rot away in prison.

Holder also hopes to change the requirements for mandatory minimum sentences, stating that low-level, non-violent drug offenders with no ties to large-scale organizations, hangs or cartels won’t be charged with offenses that impose this sentence.

For most prisoners, their time in jail consists of inside gang life, smuggling, and other crimes. How does this rehabilitate them? It doesn’t.

Is Rehab The Right Choice For Criminals

If given the choice to choose rehab over jail or prison time, most would probably choose rehab. But why? Aside from the obvious, rehab is actually a much better “punishment”, if it can be considered that, than prison. The primary reason for this is because it can actually help the person and it’s goal should be to not only aid in the person’s recovery from drugs but ability to stop committing crimes and get out of the justice system.

But the greater goal is to find ‘the right program.’ This means a treatment that achieves successful recovery for the use and helps them to leave the justice system.

As many may know the Narconon program was one that was started a prison in 1964 with this exact goal in mind. The founder of Narconon, William Benitez was a former heroin addict and habitual criminal. His initial objective with Narconon was to help fellow prisoners learn what he learned through a book he read called Fundamentals of Thought that truly helped him to resolve his addiction. The main goals were to stop drug use and crime and help addicts to contribute positively to society, themselves and others.

Narconon recently released a series of studies on the effectiveness of our treatment called The Narconon Program: 40 Years of Evidence of Recovery. It is a compilation that was put together for 23 studies and Narconon reviews on how effective the treatment program is at getting results. The studies were also done in many Narconon locations including the very first Narconon program in Arizona State Prison as well as the our facility at Narconon Arrowhead. Studies were even done abroad in countries like Mexico and Russia.

These results were based on the definition of recovery as released by the Substance Abuse and Mental Health Services Administration and rely on 4 components, which are:

Another aspect of this is the ability to stay drug free after treatment and crime free. This should be the goal of most, if not all treatment programs: to help the addict abstain from both drugs and crime and becoming a productive and contributing member of society

For more information on this topic or the Narconon studies, contact us today.