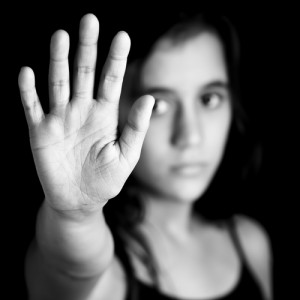 The teenage years are the time when kids move out of adolescence and start on the path of becoming an adult. As a parent, you watch kids grow and learn. You want them to be strong, confident, honest, honorable, dependable, etc., but still retain some of the innocence of their younger years. But when teens are involved in violence, we loose the idea of that innocence.

One of the major influences on teen violence is drug abuse. A recent study found, for example that with teenage girls who engaged in violent behaviors, they were two to three times more likely to have had abused drugs or alcohol in the previous month.

There are various types of teen violence: bullying, dating violence, group-against-group (gangs), and crime-related. Generally speaking, boys are more likely than girls to be involved with violent behavior. Some of this violence occurs on dates. Almost 1 in 10 teens reports being physically abused by a boyfriend or girlfriend in the last year. A teen relationship is not the place for violence. This is the time where teens should be learning proper behavior, and respect for their partner.

Narconon provides effective drug rehabilitation programs for those already in the grip of addiction and drug information, education about the effects of drugs. Narconon has 40 years of success in helping people with their addictions. Here are some ideas that could help lessen the destructive effects that violence has on teens (and their families and friends, of course).

Parents that are abusive with each other and their kids (or with other people) are laying out a path that their teenagers will surely travel down, if they are shown that violence is an acceptable way of handling things. Kids look up to their parents as role models. Parents need to be an example of correct behavior. This doesn’t mean being perfect ALL the time – few of us are saints. Parents can have arguments…but they can also show how problems are solved in a truly adult way.

3. Parents need to be involved

Parents must have good communication with their kids. Parents need to be engaged and involved with them and take the time to have a relationship with their kids. It’s more likely that teens who are alienated from their parents will get involved in violence.

4. Getting involved in after-school activities

Teens should be encouraged to take part in after-school activities. Sports, arts, theater, clubs, dance, etc. If you direct a teenager’s attention in positive directions, they won’t get headed in negative directions. Many unethical acts get started in a moment of boredom!

5. Volunteering in the community

Flowing outwards from yourself has always been a way to get your attention off yourself. Helping others is good therapy. You are assisting someone else’s survival, which furthers your own survival. Kids may not quite understand this, but it might keep them out of violent situations. In the end, it also feels pretty good, too!