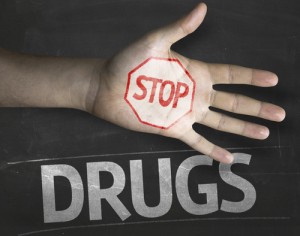 If you told a child not to touch a hot stove, which explanation would be more effective in handling their curiosity as to why: “Because I said so!” or “Because it is very hot and it could burn your skin and hurt you very badly.”?  The latter seems like the obvious choice, and it is true that it is likely to be the more effective of the two.  However, when discussing drugs with children and adolescents, something akin to the former explanation is more often used, leaving children with a command to follow rather than factual data to use when making their own decision.

Most adolescents have heard that drugs are bad or dangerous.  However, this statement alone is not enough to satisfy an individual’s curiosity regarding drugs.  “Drugs are bad” can be taken to mean that they are illegal and you are therefore at risk of being arrested for their use.  “Drugs are dangerous” can be taken to mean that if you try to drive a car while intoxicated, you may have an accident.  Saying that drugs are bad or dangerous opens up a void that can be filled with whatever the individual chooses, and that cannot be filled with truth if they are unaware of the facts.

Effective, honest drug education can explain to adolescents exactly why drugs are bad or dangerous, allowing the individual to make a personal and informed decision to abstain from drug use.  Some drug education is alarmist, showing students shocking pictures of meth addicts or totaled vehicles.  While this may serve to make an impression, it still doesn’t present the individual with all the facts about drugs and what effects they can cause in a person’s body and mind.

The Narconon Arrowhead Drug Education program seeks to educate individuals in the facts about drugs, without being alarmist in nature.  Students who participate in the lecture come to understand how drugs initially can create a desired high in the user, but that the subsequent “down” puts the individual at a slightly lower “normal” than they were at before.  As this pattern continues over time, the drug highs and lows slowly and steadily bring the individual to a much lower state of living, and often without them knowing it since it was so subtle and slight each time.  Eventually, even the peak of the drug high cannot bring the individual to that original normal state they once experienced, and drug dependence and tolerance force them to continue taking more quantities of drugs.  The Narconon Arrowhead Drug Education lecture students also learn how the chemicals in drugs can affect the normal functions of the body, causing illness, disease, dulled sensations and emotions and in some extreme cases of overdose, death.

What Happens After Effective Drug Education

Following the Narconon Drug Education lecture, students are asked to fill out surveys that ask them what they thought of the talk, whether the talk changed their thoughts about drugs and how they will use what they learned in the talk.  These surveys routinely indicate positive changes in individuals’ attitudes about drug use.  At one high school, some of the Narconon Drug Education survey responses included:

“The speaker was compelling with his talk…”

“He explained things I never would understand, in such a basic way.”

“I am definitely more informed.  I think that this was the most important talk on drugs I have ever heard.”

“I can … abstain and continue to make the right choices.”

“I can tell my friends who are thinking about touching drugs … what is gonna happen to them.”

These survey responses prove that factual information about drugs is highly helpful in preventing future drug use from occurring.  It can also empower young individuals to reach out to others around them and help them either choose to abstain from drug use or get help to stop their drug use before it does further damage to their life.  In a world where drug abuse and addiction seems to be steadily growing, Narconon Drug Education is helping to make a difference in what people know and feel about drugs.