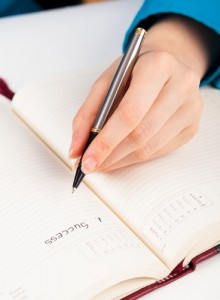 In our society today, there are many and divergent theories and philosophies regarding substance abuse and addiction, its causes and its treatment.  The bottom line on addiction and treatment is the results.  Ideally, treatment would result in an individual freed from addiction, and now willing and able to live a drug-free life worth living.  Measured against that standard, there are different types of treatments to review.

According to a 2008 survey by SAMHSA (Substance Abuse and Mental Health Services Administration), there are an estimated 20.1 million people in the United States aged 12 and up using illicit drugs, representing 8% of the population for that age group.

Also from the same 2008 source, there were an estimated 7 million addicts in the US, 3.1 million of whom were abusing both illicit drugs and alcohol.

A Prevailing Mode of Treatment

According to a 2009 article published by the NIH (National Institute on Drug Abuse), drug addiction is regarded as a “complex illness”.  The factors taken into account are addiction’s uncontrollable drug cravings, and the compulsive drug seeking and drug use by the addict despite the devastating consequences of that conduct.  The proposed theory of what underlies this conduct is that “addiction is a brain disease.”  Based on this premise of brain disease, treatment programs are derived, attempting to get the addict to stop using drugs and maintain sobriety, and treating the addiction as a “chronic disease.”  This mode of treatment regards “medications” as an important element of treatment.  Medications (drugs) are used to suppress drug withdrawal symptoms when the addict is withdrawing.  With this treatment modality, medications (drugs) can be given to prevent relapse or to lessen the drug cravings addicts experience.  There are medications (drugs) given to treat addiction to opioids, tobacco, alcohol, amphetamine, cocaine, marijuana, and “poly drug” use (abusing more than one drug).  In conjunction with the administration of medications (drugs), the addict is given “behavioral treatment” in an effort to “modify” the person’s attitudes and behaviors regarding substance abuse.

As one graduate of the Narconon Arrowhead treatment program said:

When I arrived at Narconon, I was hopeful that there was something different than what I had been doing to try and stay clean, because I had tried everything out there…and failed.  And this was my last shot at life.  -T.W.

Prior to a person becoming a drug user or addict–they are not.  Although it may seem a simplistic assessment, the point being made is that rehabilitation treatment should restore the person to their original state of non-drug use.  This approach would preclude the use of medications (drugs), or any form of drug substitution—replacing the use of one drug for another.  Rehabilitation, by definition, means to the restoration to a normal, healthy condition, such as after an illness or injury, or drug problem.  The goal, then, would be to restore the person to their normal self, without a dependence on any drug or chemical substance.

This drug-free and holistic approach to the long-term and lasting rehabilitation of the addict is the province of the Narconon program.  A vital component of the treatment program is the Drug-Free Withdrawal, enabling the addict to safely withdraw with minimal discomfort and without the use of drugs.  The New-Life Detoxification Program, another vital component of the treatment program rids the person’s body of drug residues and toxins by means of a carefully supervised regimen of vitamin and mineral supplementation, light exercise and time in a low-heat sauna.  This safe and drug-free method of detoxification effectively deals with drug cravings—a key source of relapse—and routinely results in a resurgence of physical wellbeing.  Another vital component of the Narconon treatment program is the Life Skills Courses, a series of courses of study and application which enable the individual to acquire the knowledge and understanding to exercise their own power of choice, change their own attitude towards drug use, and their own attitude toward life and how to live it ethically and drug-free. To quote our same Narconon Arrowhead graduate once again:

So there was a point in the program…where I began to have some insight into what’s been driving my addiction, and that fact–that this was different, and that I could see a light at the end of the tunnel–and I may not have to be an addict for the rest of my life.  It was a huge moment.  – T.W.

Perhaps there is truly no greater freedom than the understanding of oneself and others, and a treatment, which results in sobriety based on knowledge and insight has no compare.