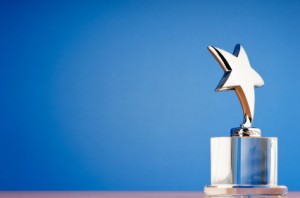 Relay for Life holds community events to help raise awareness about cancer, honor survivors, remember those who have lost their lives to cancer, and to raise funds for future research.   On the 27th of September 2013, the staff of Narconon Arrowhead participated in the Pittsburg County Relay for Life, which was held at Sertoma Field in McAlester, Oklahoma.

Fashioned after the first Relay event held in the mid-1980s, a local event generally lasts 24 hours.  Local teams camp for the night at a community location such as a park, fairgrounds, or a local school.  The teams generate funds by taking turns walking a path or a track, after securing donations from sponsors in the local community.  During the 24 hours each team is asked to have at least one team member walking or running at all times, because cancer never sleeps.

Throughout the event there are several ceremonies and special laps.  The day starts with an Opening Ceremony, which is followed by a Survivor Lap which brings cancer survivors together to walk the path in a celebration of their victory over cancer.  A Caregiver Lap is next and recognizes those who care for cancer patients.  The Opening Lap follows, and brings all participants from local teams together to walk the track.

The day also has a lighting of Luminaries (candles that illuminate small sacks), with a candlelight vigil to honor everyone who has been affected by cancer.  The events are open to the public and feature family-friendly activities such as live music and games in conjunction with the teams continuing to walk the path throughout the night.  Community members who are not on a relay team can come out and show support to the teams, enjoy the festivities, and buy goods with proceeds going to the help the cause.  The event closes with the Fight Back Ceremony, where all participants take one more lap together, and pledge to continue the fight and to help raise cancer awareness.

The Relay for Life was started as one man’s attempt to raise money for the American Cancer Society in 1985.  Since then it has grown from that one event and is now in 21 countries around the world.  To date it is estimated that relay for life has raised over 3 billion dollars.  In the United States alone there are over 5000 community Relay events, with close to 4 million participants taking part.

The Narconon Arrowhead team joined with 12 other local teams on Friday evening at McAlester’s Sertoma Field.  Overall there were 123 participants who worked together to generate an estimated total of $81,288 for the American Cancer Society.  McAlester’s Mayor gave a speech at the event and proclaimed that September 27th, would be Relay for Life Day.  Other community participants included the fire department, local businesses such as banks and daycare centers, with several local groups and businesses sponsoring the actual event.

The Narconon team describe the day’s atmosphere as emotional, but also very pleasant.  Members of the team said they enjoyed the cancer survivor’s personal stories and the message of one speaker in particular who encouraged everyone to keep their hope alive and live their lives to the fullest.

Event commissioners encouraged the Captain of the Narconon Arrowhead team to attend future planning meetings for the next Pittsburg County Relay for Life event.  The team members, all wearing Narconon shirts to represent the Narconon organization and its long history of community involvement, said they were pleased to participate and represent Narconon for a good cause.  The team said they are looking forward to helping out and contributing to the next event in any way they can.